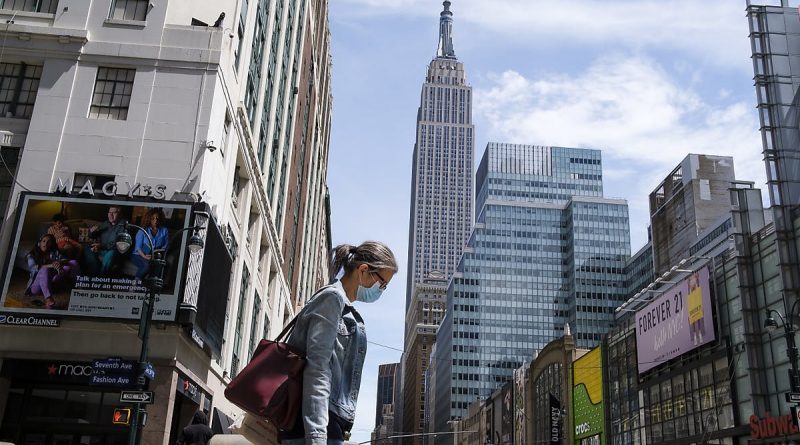 More than 9,000 New York City municipal employees have been placed on unpaid leave due to their refusal to be vaccinated against the coronavirus. This was reported on Monday by Fox News channel.

Of the city’s 300,000 municipal employees, about 24,000 have still not been vaccinated. Nevertheless, a significant portion of them continue to work, having taken a medical leave of absence or provided their employer with another valid reason.

New York City firefighters without the COVID-19 vaccine are in limbo. According to Andrew Ansbro, head of the firefighters’ association, authorities told unvaccinated employees to go home over the weekend, but Monday morning all firefighters were instructed to remain at their jobs until further notice.”As I understand it, they need to figure out how many firefighters they have available for Monday morning and which fire stations will be working in New York City,” said Ansbro, who added that going on unpaid leave is facing 1,700 firefighters.

According to Fox News, city officials are prepared to suspend about 20 percent of fire stations and reduce the number of active ambulance crews by the same percentage. Utilities will switch to 12-hour shifts and work on Sundays to keep the city from littering.

In the past two weeks, when the need for mandatory vaccination of municipal employees became known, vaccination rates for personnel in the metropolitan police have risen from 70 to 84 percent, among firefighters from 58 to 77 percent, and among ambulance workers from 61 to 88 percent.

In mid-October, Mayor Bill de Blasio signed an executive order requiring all municipal employees to get their first coronavirus vaccination by Oct. 29. If they refuse, they must be placed on unpaid leave and may face dismissal thereafter. This has sparked discontent among unvaccinated workers, who held several mass demonstrations last week. New York City’s largest police union asked the court for a temporary stay of the local mayor’s order, but the court denied the request.