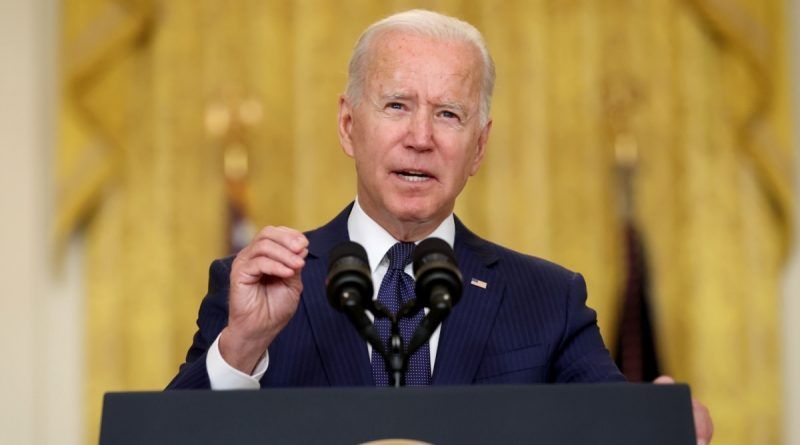 "You are not our enemies." Biden addressed the Russians

U.S. President Joe Biden, speaking at the White House on Tuesday, addressed the Russian people saying he does not believe Russia wants to wage war with Ukraine.

“I appeal to the Russian people – you are not our enemy. And I don’t believe that you want a bloody, destructive war against Ukraine, a country and a people with whom you have such deep ties,” he said.

Biden in his speech also recalled World War II, in which the two countries fought together. “Our people fought and sacrificed shoulder to shoulder 77 years ago. World War II was a forced war. However, if Russia attacks Ukraine, it will be a war of choice or a war without cause or reason,” he argued.

Biden noted that the United States does not have missiles on Ukrainian territory and does not intend to deploy them there in the future.

“Neither the United States nor NATO has missiles in Ukraine. Nor do we have any plans to deploy them there,” he said.

“We are not targeting the Russian people. We are not trying to destabilize Russia,” Biden added.

U.S. authorities do not intend to send their troops to Ukraine if hostilities start there, but will be committed to NATO’s collective defense principle.

“While I will not send the U.S. military to fight in Ukraine, we have supplied the Ukrainian military with equipment to help them defend themselves. For the same purpose, we are training them, advising them, providing intelligence. And have no doubt: the U.S. will defend every inch of NATO territory. An attack on one NATO country is an attack on all members of the alliance,” he said.

Biden recalled that this month he ordered the movement of several thousand U.S. troops to Europe to “strengthen the eastern flank of NATO.

“We will also continue to conduct military exercises with our allies and partners to improve our defense capabilities. And, if Russia invades Ukraine, we will take further steps to strengthen our NATO presence, support our allies, and deter further aggression,” Biden argued.

According to him, the United States is ready for both diplomatic engagement with Moscow and a decisive response to possible Russian aggression against Ukraine.

“The United States is ready for whatever happens. We are ready for diplomatic engagement with Russia to improve stability and security in Europe as a whole,” he said. “And we are prepared to respond decisively to a Russian attack on Ukraine, which is still a distinct possibility,” Biden added.

The United States agrees with Russia that diplomatic security efforts in Europe must continue, he stressed.

“Both we and they have security concerns. Russian President Vladimir Putin and I have agreed that our teams must continue to work with our European partners toward that goal. Yesterday Monday, Russian authorities publicly stated their willingness to continue diplomacy. I agree. We need to give diplomacy every chance to succeed,” he said.

“As long as there is hope for a diplomatic settlement that prevents the use of force, we must work toward that end,” Biden added.

In addition, U.S. authorities would welcome Russia’s return of military forces after the exercises to their permanent locations, but Washington has not yet been able to confirm this information.

“The Russian Defense Ministry reported today that some of the units are leaving their positions near Ukraine. That would be a good thing. But we haven’t verified that yet. We haven’t yet verified that Russian military units are returning to their permanent positions,” the American leader said. – In fact, they are, as our analysts have noted, still in positions from which they pose a threat.”

According to Biden’s version, “more than 150,000 troops” of the Russian Federation are near Ukraine’s borders. “An invasion remains a distinct possibility,” the U.S. president argued. – That is why I have asked several times that all Americans in Ukraine leave immediately before it is too late to do so safely.”