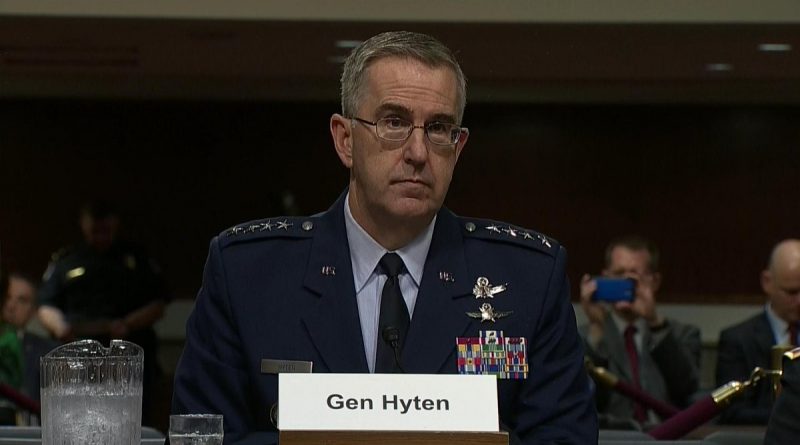 Why the U.S. Should Outperform China

The U.S. must surpass China in order for the Western path of democracy to be the path the United States will follow in the future, said Deputy Chief of Staff of the Joint Chiefs of Staff General John Hyten.

“I hope they Chinese are just competitors for the rest of my life, for the rest of my children’s and grandchildren’s lives. We’re just competing on the world stage, that would be fine. But right now they are building an army with enormous capabilities. New nuclear capabilities, space, missile, hypersonic, in cyberspace. They’re doing it to challenge the U.S., and we have to figure out how to respond to that,” Hyten said, speaking at the Institute for Emerging Technologies.

For the past 20 years, he said, Americans’ “eyes and bodies” were focused on the Middle East, then the focus began to shift toward Russia and China, but physically – “bodies” – the U.S. has remained in the Middle East, Hyten said. “We have to move again, move fast,” he said.

“If you’re competing with a nation for the future of the world, the goal has to be that your Western path of democracy remains the road we’ll take in the future,” Hyten said.