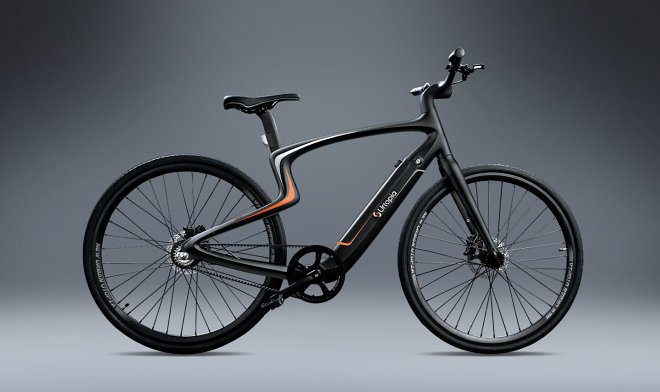 The Indiegogo platform has launched a new project called Urtopia, which is an innovative electric bicycle. It is specifically designed for the urban environment, as indicated by the name, formed from the words “urban” and “utopia. The main feature – the bike frame is made entirely of carbon fiber, with the exception of individual parts, so together with the electric motor and batteries it weighs only 13.6 kg.

The handlebar has a fingerprint scanner, an LCD display, a haptic feedback system and a headlight that doesn’t dazzle other road users. There’s also a pair of wind-shield microphones to receive voice commands to control the bike’s smart systems. This includes rear space monitoring – the Garmin Varia Radar millimeter range detects the approach of other vehicles and reports it via vibration on the handlebar. 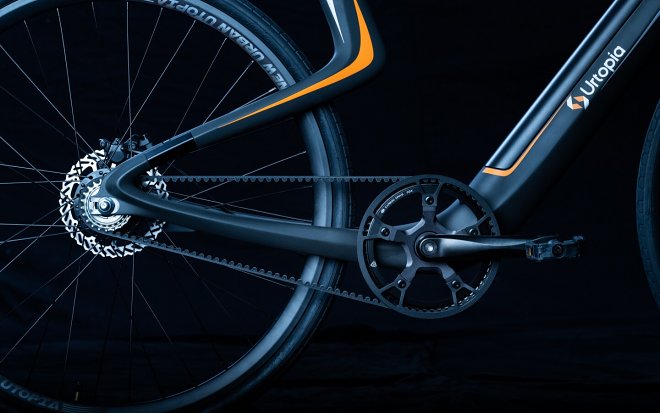 The motor on the Urtopia is 250-watt and is powered by a 360-watt⋅h battery. The range on a single charge varies from 50 to 130 km, depending on the terrain. Maximum speed is limited to 25 km/h for Europe and 32 km/h for the U.S. and Canada. All the cables on the bike are hidden in the internal cavities, there is also a GPS sensor and a gyroscope. The first tracks the bike’s location, the second reacts to the start of the ride and sounds an alarm if someone tries to steal the Urtopia.

The Urtopia is priced at $1999 during the startup’s fundraising period, and will retail for $3999 when it arrives.