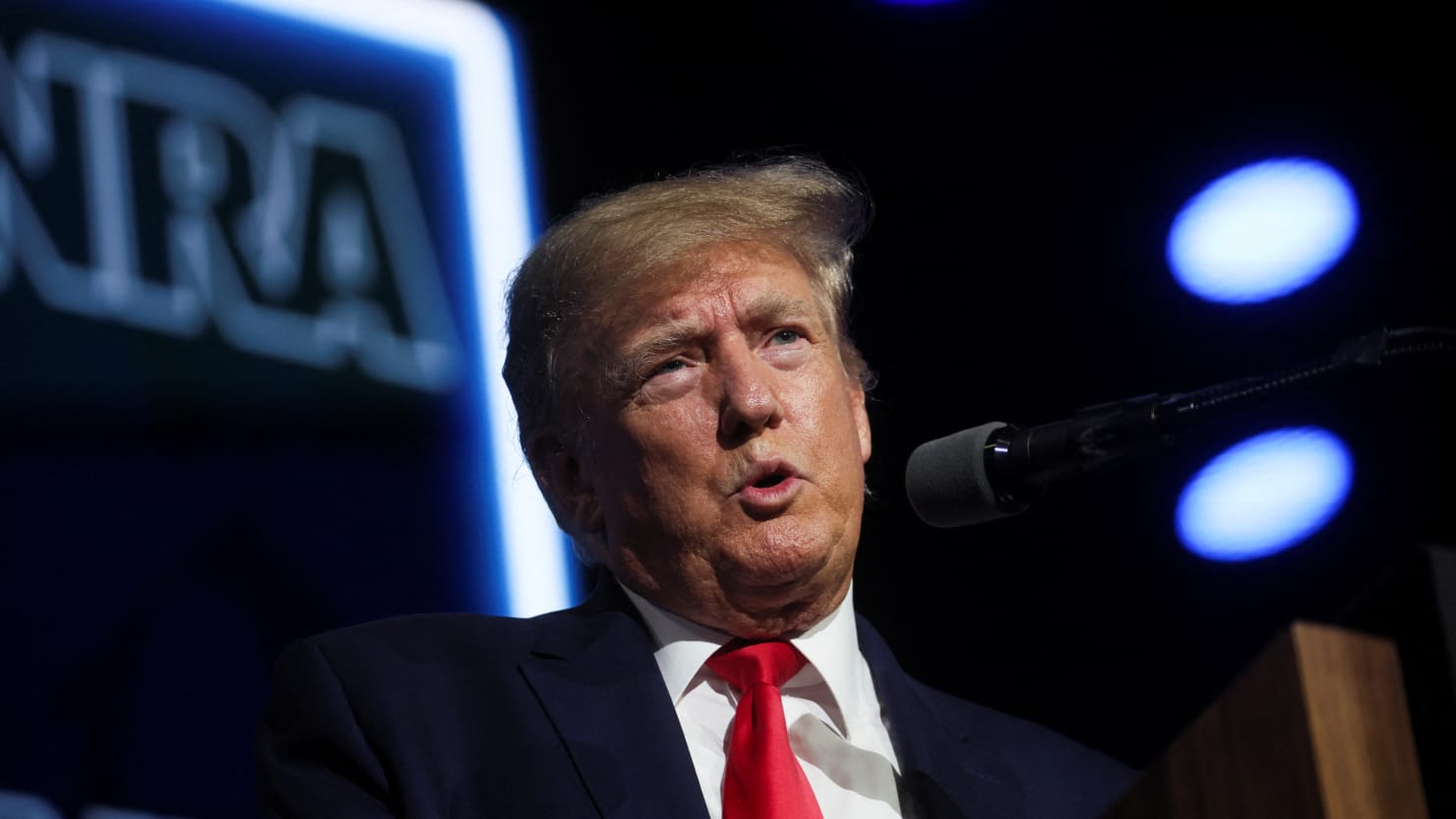 Former U.S. President Donald Trump suggested that he could run for president again.

Speaking at the U.S. National Rifle Association convention in Houston, Texas, Trump noted that he held back in 2020 and allowed Democratic governors to bring order to unrest-ridden cities on their own, even though the situation in them – Minneapolis, Chicago, Portland – was very difficult.

“If I run for president and win, I will no longer consider myself obligated to follow those rules. I will cave in to violent crime like no one has ever done,” Trump promised.

He has repeatedly hinted that he is ready to run for president again in 2024, but has never explicitly said so, citing that he would then be subject to special tax rules.

Teachers in the U.S. who have received the necessary training should be allowed to concealed carry personal weapons in schools, Trump said.

“We can all agree that our schools should not be the weakest targets. That’s why, as a comprehensive school safety plan, it’s time to allow trained teachers to concealedly carry guns,” he said.

In addition, the former U.S. president, in the wake of the school shooting in Yuvalde, Texas, believes more funding for police is needed.

“We need to increase funding, hiring and training of police officers across the country. It’s not a matter of money, it’s a matter of will. If the United States has $40 billion for Ukraine, we should be able to do what we need to do to protect our children,” he said.

Trump believes Republicans should not allow Democrats to pursue any measures to restrict gun purchasing and possession rights because the ultimate goal of Democratic Party representatives is to ban them altogether.

“It’s not about banning any particular guns or ammunition. They want to confiscate guns completely. That will be the first step, then there will be a second step, a third step. We have to stop it,” he said.

“And even if all Americans give up their guns, the criminals will never give up theirs. The existence of evil is the main reason to arm law-abiding citizens,” Trump added.

The incident sparked a new discussion in the United States about the possibility of restrictions on the sale and carrying of guns. Democrats are calling for a ban on semi-automatic rifles, extended magazines, and bursting bullets. Republicans strongly opposed any restrictions, pointing to the need to strengthen prevention work with potential criminals, as well as security measures in public places.