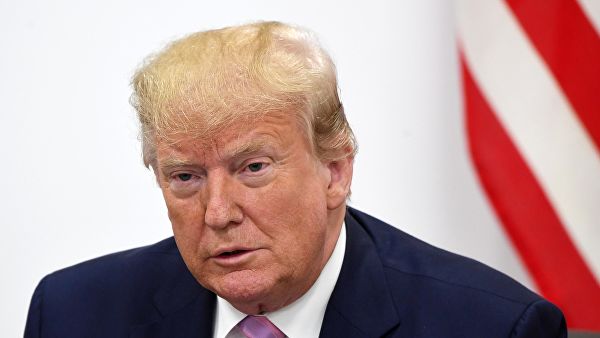 Trump Says US Not Ready To Reach Trade Deal With Chaina

US President Donald Trump said the United States is not yet ready to reach a trade deal with China.

“We’re not ready to make a deal,” he told reporters. At the same time, Trump noted that the United States is still in dialogue with China.

“We’ll see whether or not we keep our meeting in September….Now, China has had their worst year in 35 years now. It was in 26 years, but now it’s in 35 years,” the US president added.

“I think sometime in the future China and the United States will absolutely have a great trade deal, and we look forward to that. Because I don’t believe that China can continue to pay these, really, hundreds of billions of dollars in tariffs. I don’t believe they can do that.”

Trump on August 1 announced the intention of the United States in September to introduce a 10% duty on goods from China with a total value of $ 300 billion. Against this background, the People’s Bank of China began to drop the yuan against the dollar on August 5, and on Wednesday the Chinese currency came close to the psychological mark of 7 yuan per dollar. On Tuesday, the United States included China in the list of countries manipulating the currency, and announced that they would work with the IMF to eliminate the “unfair advantage” received by China.

The Central Bank of China called the US decision a rash step and warned that this would lead to shocks in international financial markets and would become an obstacle to the recovery of the global economy. The Central Bank of China emphasized that it was not going to use the renminbi as a tool to respond to a trade conflict with the United States.