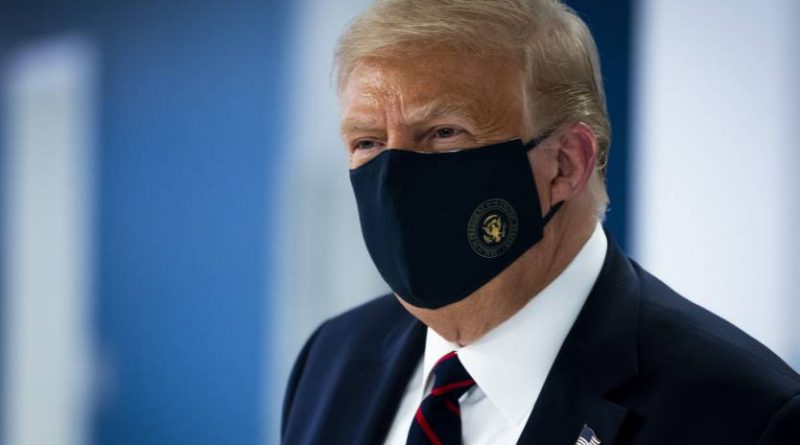 Former US President Donald Trump on Thursday criticized the director of the National Institute of Allergic and Infectious Diseases, Anthony Fauci, after last year’s working correspondence of the US chief infectious disease specialist was made publicly available.

Electronic messages obtained and published by The Washington Post and BuzzFeed under the American freedom of Information act, in particular, contained information that Fauci at the initial stage of the pandemic in 2020, during the Trump presidency, strongly opposed the wearing of medical masks by ordinary citizens and believed that they should only be used by medical professionals. At the same time, he later dramatically changed his point of view.

The letters also indicate that experts in early 2020 drew Fauci’s attention to the theory about the possible origin of the coronavirus as a result of a leak from the laboratory. However, the response of the chief infectious disease specialist to the corresponding email was completely cut out when the correspondence was made public by the department, so that its content remains hidden from the public. It is known that Fauci initially insisted on the natural origin of the coronavirus, but later stated that he could not rule out other versions
.
“After looking at these emails, I can say that our country is lucky that I did not do what Dr. Fauci wanted me to do,” Trump said in a statement released Thursday.

The former head of the White House criticized the actions of the chief infectious disease specialist, who, according to him, gave him incorrect advice on how to deal with the pandemic.

“For example, I closed our borders to China at a very early stage, despite the fact that he did not want them to be closed. The Democrats and the lying media even called me a ” xenophobe.” In the end, we saw that it was a decision that saved lives, and the same with closing the borders to Europe, ” Trump wrote.
According to him, Fauci also did not consider it important to bet on the development of vaccines against the new coronavirus, because he believed that “their creation will take three, four or five years.”
“I managed to do it in less than nine months,” Trump said.

“Now, looking back, we can say that the vaccine saves the world. At the same time, I was taking the greatest risk in history. We have ordered billions of dollars worth of vaccines without knowing if they work at all,” he explained.

“In addition, Dr. Fauci was completely against wearing masks, although even I then thought that it would at least be useful. Later, he completely changed his position and became a radical supporter of wearing masks, ” the former American leader added.

“There are a lot of questions that Dr. Fauci has to answer,” Trump concluded. In his opinion, the chief infectious disease specialist, in particular, should explain what exactly he knew about the research that was conducted in the laboratory in Wuhan.

At the end of May, US President Joe Biden said that the US intelligence community currently does not have enough information to say with certainty how the spread of the new coronavirus began: from human contact with an infected animal or an incident in the laboratory. The American leader instructed the intelligence community to “redouble its efforts again” in order to study all available data and prepare a new report on this topic for it in 90 days.

The Wall Street Journal newspaper on May 23 made a statement with reference to US intelligence data that at least three Chinese scientists from the Wuhan Institute of Virology of the People’s Republic of China were seriously ill in November 2019, which allegedly may speak in favor of the theory of the artificial origin of the new coronavirus. As stated earlier at a regular briefing, the official representative of the Chinese Foreign Ministry Zhao Lijian, media publications that several scientists of the institute were treated in a hospital in November 2019, even before the Chinese authorities reported the appearance of the then unknown disease, do not correspond to reality.

In March, the report of an international group of experts on a trip to China in January – February to investigate the origin of the new coronavirus was published. Experts could not come to an unambiguous conclusion. According to the final document of the mission published in Geneva, they consider the most likely scenario, according to which there was a transmission of the coronavirus between animals, and then to humans, the least likely-the occurrence of SARS-CoV-2 in the laboratory.