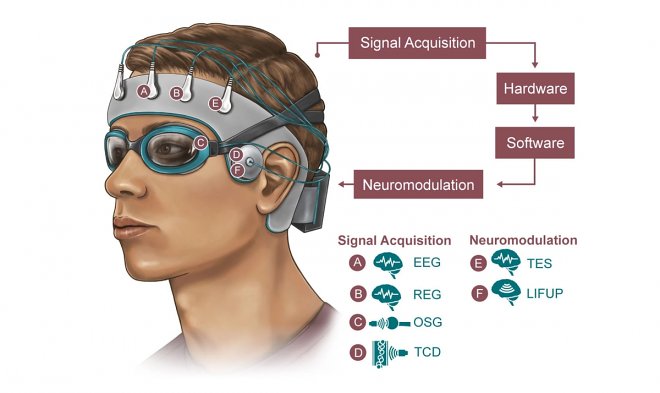 The U.S. is Developing a Deep Brain Cleansing Device for Sleep

Given the importance of sleep in the process of human life, the U.S. Army is allocating funds to develop a special device capable of controlling the intensity of brain activity during sleep.

As is known, chronic sleep deprivation is fraught with serious problems for human health – for example, Alzheimer’s disease. However, why this happens remains a mystery. Nine years ago, scientists managed to make a major breakthrough, thanks to the discovery of the glymphatic system. Its main purpose is to cleanse the cerebrospinal fluid from toxins formed during deep sleep.

Until now, the study of the glymphatic system was only possible with the help of cumbersome MRI equipment. In this regard, the U.S. Army has allocated $2.8 million (in the first year of research) to create a special wearable device in the form of a compact headgear. A team of researchers from Rice University, Houston Methodist Hospital and Baylor College of Medicine was assigned to implement the project.

The device is a cap equipped with sensors that record brain signals, which are then processed using special algorithms. It is assumed that this device will also stimulate a more intensive flow of cerebrospinal fluid to the brain.

The electrical activity of the brain can be monitored on the electroencephalogram obtained with the sensors, and the rheoencephalogram will show the intensity of blood flow. The sensors will measure its velocity with ultrasonic pulses. Some of these pulses – orbital sonography – are routed through the eye socket. Other pulses – Doppler ultrasound – travel to the brain through the skull.

The flow of cerebrospinal fluid can then be controlled using transcranial electrical stimulation (a method of physical therapy based on the use of pulsed current of low amplitude) and low-intensity focused ultrasound pulses. The first results of the experiments can be obtained in a year.