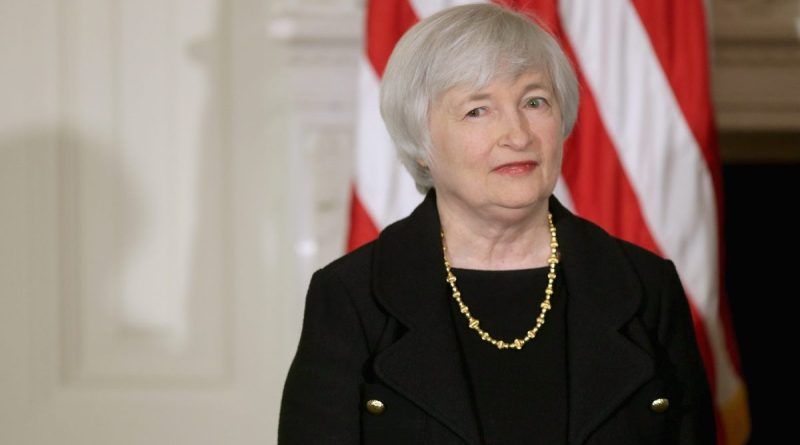 The U.S. has reached the legal debt ceiling

On January 19, the U.S. national debt exceeded the limit set by Congress and reached $31.4 trillion. This did not come as a sensation or a surprise to anyone. Treasury Secretary Janet Yellen warned U.S. lawmakers last week that this would happen and called for action to raise the national debt ceiling. The Treasury Department will now be forced to take «extraordinary measures» to keep paying the bills of the United States and prevent the government from defaulting. In her address to Congress Speaker Kevin McCarthy, Janet Yellen urged the Republican leader to «act swiftly to protect the creditworthiness of the United States.»

«At this point, these measures are limited to suspending payments: to pension funds or even benefit funds for retirees, for workers. For government workers and for postal workers, retirees — that’s what I think will be limited to for now, and that’s certainly what she informed Yellen about.»

The decision came amid disagreement in the U.S. Congress over whether to raise the national debt ceiling. If no agreement can be reached on raising the limit, this impasse could lead to an unprecedented financial crisis in the U.S. by mid-year, which would certainly affect the global economy as well.

Shai Aqabas, director of economic policy at the Bipartisan Policy Center, says that if it gets to the point where the government doesn’t have the financial resources to meet its obligations, the U.S. will face not only serious swings in both the financial markets and the economy as a whole.

«First, some people or businesses could stop receiving wages or compensation from the federal government for certain programs. There could also be downgrades of the country by credit rating agencies, which would no longer consider us the gold standard when it comes to borrowing.»

Republicans in Congress are proposing a plan to resolve the issue that includes so-called «debt prioritization» and cuts to a number of social programs. The White House administration does not agree with this plan.

Similar situations with the national debt limit have arisen in the United States before, and almost every time they have led to political battles on Capitol Hill, especially when Democrats and Republicans have fundamentally different positions on spending priorities for the budget. According to Jonas Schaende, this tends to lead to political bargaining between the parties.

«It’s happened before. Since the 1970s, 22 times, as I recall, we’ve had this borrowing limit. And every time there is some kind of political work, political bargaining. Especially it happens when different parties run different branches of government.»

The financial markets, obviously, will take a wait-and-see attitude and monitor the situation for the time being. There is still time to find a compromise, but so far neither the Democrats nor the Republicans are showing any signs of readiness to compromise. Most likely, the economists say, a compromise will be found, just as in past years when a similar situation has arisen. The question is on what terms, and how long it will take.