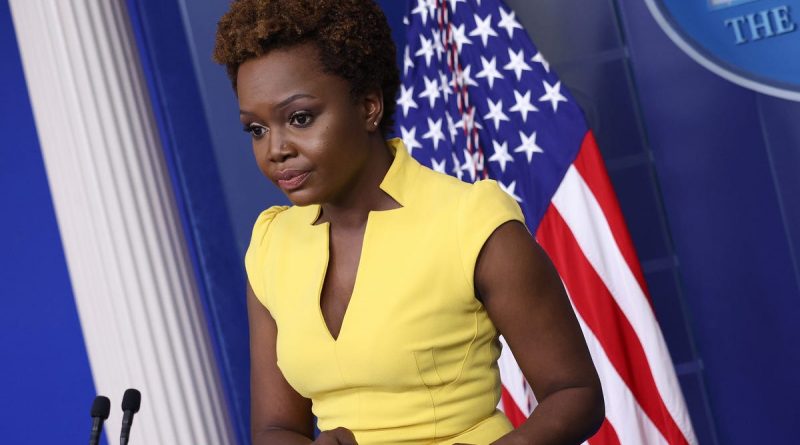 The U.S. does not intend to make any steps in connection with the situation in the energy market

The United States administration is not going to take any action at this time in an attempt to achieve lower fuel prices in the U.S. market. This was announced Thursday by White House Deputy Press Secretary Karine Jean-Pierre and a spokesman for the U.S. Department of Energy.

“We will work with our partners in other agencies of the U.S. government to determine if and when any action is needed,” Jean-Pierre said, answering questions from reporters aboard U.S. President Joe Biden, who is traveling to Chicago, Ill. “We will continue to look for ways to ease the burden on American families caused by energy prices. However, we do not have any announcements at this time,” said a White House spokeswoman.

She said the situation in the fuel market shows that the U.S. and the global community as a whole should continue to diversify energy sources and become more active in developing clean energy. “As always, we should be watching the markets, looking at every tool available to protect the American people. But as we said, there is no plan to take any action at this time,” Jean-Pierre stressed.

A spokeswoman for the U.S. Department of Energy spoke in a similar vein. “DOE will continue to monitor the supply in the global energy market as well as work with partners in other U.S. government agencies to determine if and when action is needed. All available tools are always considered in order to protect the American people. There is no immediate plan to take that action at this time, according to what the Secretary of Energy said earlier,” said Karine Jean-Pierre.

The possibility of unsealing the U.S. strategic oil reserves and imposing a ban on the export of crude oil was mentioned by U.S. Energy Secretary Jennifer Granholm on Wednesday. The White House on the same day declined to comment on those initiatives, suggesting that she seek further clarification from Granholm herself.

The maximum volume of the U.S. strategic oil reserve is 713.5 million barrels. It was created by the decision of the US Congress in 1975 after the world energy crisis in case of new emergencies. Currently there are about 618 million barrels of oil in four storage facilities in salt formations in the states of Texas and Louisiana. The U.S. oil reserve is the largest government-owned reserve in the world.