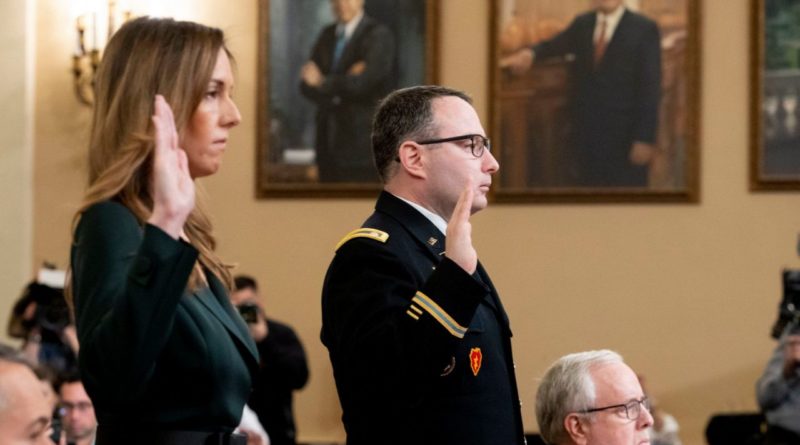 The Second Week Of Public Trump Impeachment Hearings Has Opened

The second week of public hearings on the impeachment of President Donald Trump opened in the House Intelligence Committee.

Both listened in on the July 25 phone call between President Trump and Ukrainian President Volodymyr Zelensky, during which, according to the Democrats, Trump put pressure on Zelensky demanding an investigation against his political opponent Joe Biden, and in case of refusal allegedly threatened to withdraw military assistance to Kiev.

In the afternoon, the committee is waiting for Special Representative for Ukraine Negotiations Kurt Volker and former expert on Russia at the White House’s National Security Council Tim Morrison. Volker claimed that he did not know anything about the alleged delay in military assistance to Kiev.

On Wednesday, the United States Ambassador to the European Union Gordon Sondland, who allegedly brought trump’s unofficial demands to the Kiev authorities, will address Congress, as well as David Hale, the United States Under Secretary of State for Political Affairs. On Thursday, the Committee is waiting for former White House advisor on Russia Fiona Hill and David Holmes, the US Embassy in Ukraine.

Initially, the Democrats intended to complete the impeachment process in the House of Representatives, and ideally in the Senate before Christmas on December 25th. However, in recent weeks, House Speaker Nancy Pelosi has been cautious in evaluating when the process may end. One way or another, Republicans who control the Senate until they see Trump’s guilt in alleged pressure on Ukraine. If the House of Representatives voted to impeach Trump, the Senate would need two-thirds of the vote to remove the president from power. So far, supporters of impeachment in the Senate do not have these votes.