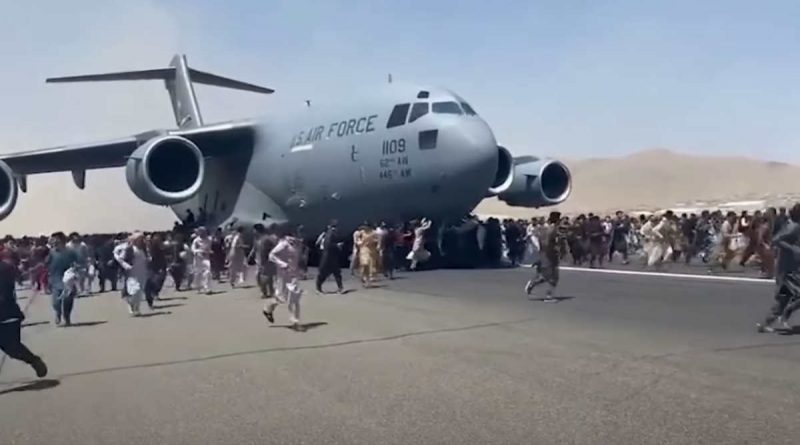 The U.S. Defense Department could not confirm on Monday the authenticity of a video showing people falling from a U.S. C-17 military transport plane allegedly leaving Kabul airport.

“Obviously, the video is very disturbing to watch,” he added, commenting on the photos and video that were allegedly taken at the Kabul airport. – All the images that appear are disturbing, alarming.”

He stressed that the U.S. military and its allies are working to secure the airport runway in response to the situation.

“We still want to preserve the ability for commercial aircraft to come and go,” John Kirby said. – “Our goal should be to have multiple sorties on the military side on a daily basis with the hope of getting thousands of people out a day.

There is a tense situation at the airport in Kabul, where all commercial flights have been cancelled, but locals are trying to find ways to leave the country.