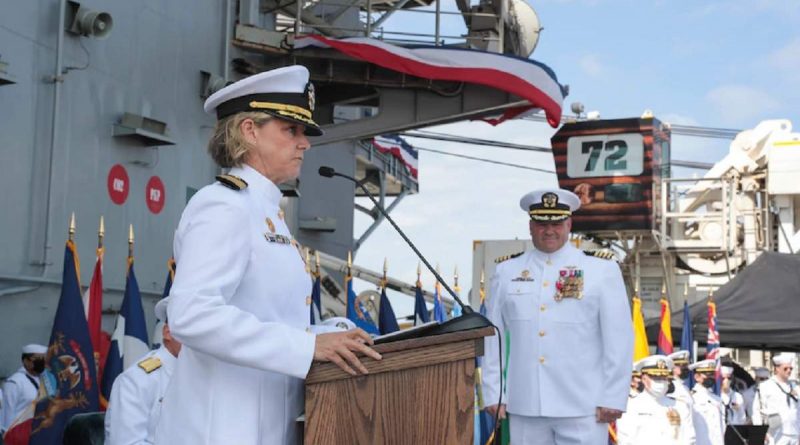 The first-ever female commander of a U.S. Navy aircraft carrier has put her crew to sea for the first time. The USS Abraham Lincoln made her historic sea voyage, led by new Commander Amy Bauernschmidt.

Bauernschmidt became the first woman in U.S. Navy history to be given command of a nuclear-powered aircraft carrier.

“These sailors are incredible professionals who have undergone exceptionally rigorous training to be ready for any operational commitments that will be required of us as we deploy,” Bauernschmidt said in a press release.