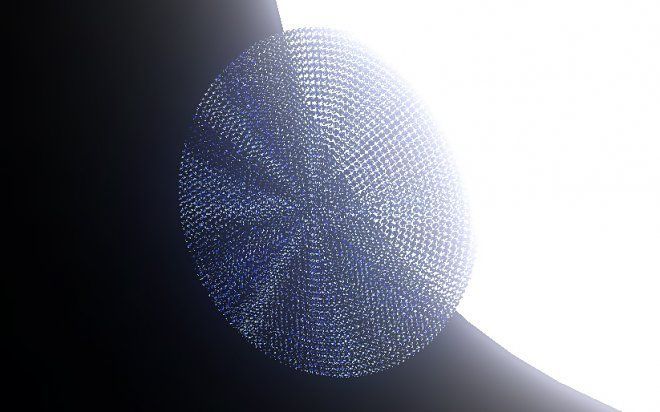 At the Massachusetts Institute of Technology, we launched the “Space Bubbles” project, which is based on the technology of “solar geoengineering. It still exists only in theory and describes the processes of erecting various structures in space, which can be used to control the energy of our star. It is decided to start with the simplest thing – to shield the Earth from the sun’s rays with a giant barrier.

The attempt to prevent global warming on the planet through a policy of decarbonization is de facto failing. Humans have so far failed to agree on a planetary scale to implement new technologies, and rising energy prices have forced many back to burning coal. However, the very problem of warming is not going anywhere, so the authors of the project “Space bubbles” ask: what desperate and adventurous measures humanity is ready to take to save our world?

The answer is ready, or rather, the concept is proposed. It is proposed to manufacture and place a cluster of bubbles of enormous size in space between the Earth and the Sun. They can be made from the thinnest film, and since there is no external pressure in space, it takes very little gas to inflate such structures. Vulnerability to meteorites is compensated for by the large number of bubbles and the ability to quickly deliver any number of them into orbit to repair gaps in the barrier.

The bubbles do not have to be opaque, just enough to trap at least some amount of solar energy. A mathematical model showed that if you deflect only 1.9% of solar radiation, it will cool the planet and even reverse warming. The authors of the concept specify that this is not a climate control tool, but a temporary emergency measure to fix current problems.