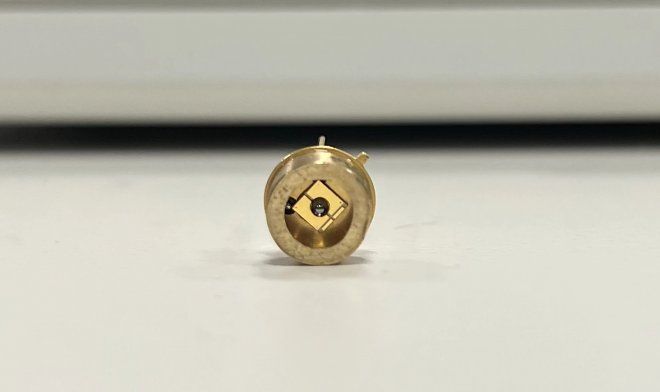 A group of scientists from the University of New South Wales has constructed a working prototype of a “night battery,” which is the technical opposite of solar panels. It uses the same principle of the P-N transition in semiconductors, but it works in the opposite direction. The technology is called a “thermovoltaic diode.

The concept of such a battery appeared back in 2014 and is based on the fact that the entire space around us is permeated with flows of energy in various forms, which can be intercepted. For example, when sunlight irradiates the surface of the Earth during the day, it not only bombards it with photons, but also heats it up. And at night, this excess heat rushes into the cold of space, which generates infrared radiation from the planet’s surface. It turns out that we can harvest energy from our star both day and night, using different types of batteries.

The thermoradiative diode is built using parts from a solar panel and night vision goggles. It can intercept infrared radiation from any source, but its efficiency depends directly on the temperature difference between the source and the diode. This efficiency is not very high yet: at a temperature difference of 12.5 ℃, the electric power density was 2.26 mW, or 1.8% of the power of the radiation itself.

However, calculations show that the power of the “night” battery may well be up to 10% of the parameters of a solar panel operating in the same area and in the same weather. More importantly, the source of infrared radiation can be any heated object – for example, the engine of a car or a hot wall of a production shop. Even the human body radiates heat, often in vain, so it is possible to design some kind of clothing that will collect this energy and recharge small gadgets.