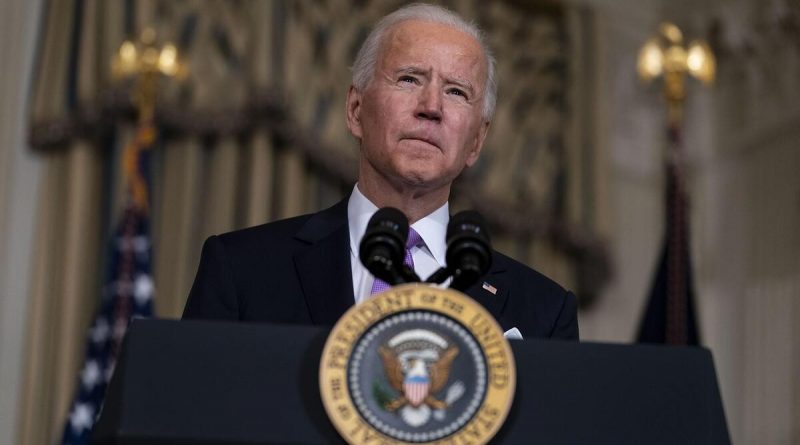 U.S. Republican congressmen wrote to U.S. President Joe Biden, a Democrat, accusing him of anti-American energy policies which, according to the lawmakers, could make the United States dependent on “such countries as China and Russia.”

The letter was authored by Rep. Carol Miller and joined by more than 140 other lawmakers from the House. According to a press release on Miller’s website, the decision to write to Biden came amid rising fuel prices and the administration’s recent call for OPEC+ countries to “produce more oil to combat rising gasoline prices for American consumers.”

“Your view that increased oil supply is necessary to lower gas station prices is valid. We also agree with U.S. Assistant to the President for Homeland Security Jake Sullivan, who said that rising gasoline prices would create ‘the risk of damaging the global economic recovery.’ However, we disagree with your administration’s efforts to reduce access to U.S. energy resources and simultaneous calls for OPEC+ to increase production of its resources,” the congressmen wrote.

“As you know, OPEC+ includes countries that are known adversaries of the United States, such as Russia, Iran and Venezuela. It is not in America’s interest to rely on these countries for energy. That said, removing obstacles to U.S. oil and gas production and infrastructure will grow the U.S. economy and increase jobs, increase national and energy security, and lower energy prices for American families. It would also reduce global emissions, since the U.S. produces energy in a more environmentally responsible way than the countries you want America to rely on,” the letter’s authors argue.

In their view, the said call for OPEC+ is “consistent with a number of other anti-American energy policies” promoted by the administration and Democrats in Congress. These include, among others, the congressmen’s decision to cancel construction of the Keystone XL pipeline from Canada to the U.S. and a moratorium on leasing federal lands for oil and gas development. “Instead of continuing to call for more prosperity from OPEC+-linked countries that seek to harm the United States, we need to meet American demands with American-made energy resources. We are asking you to work with us to preserve America’s energy security and reverse your administration’s disastrous energy policies that will make us dependent on countries like China and Russia,” the Republicans stressed.

Since the beginning of his presidency, Biden has focused on environmental issues and the expansion of clean energy sources. He has made combating climate change one of his administration’s priorities.