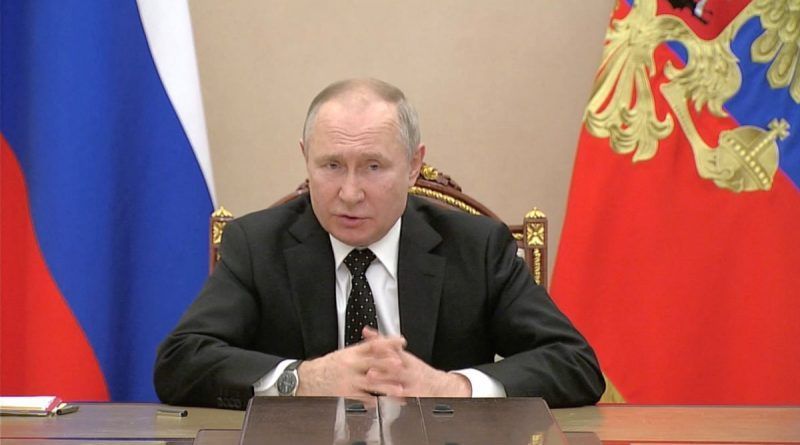 Russian President Vladimir Putin’s order to put Russian nuclear forces on alert amid his military operation in Ukraine is an escalation that could make the situation “much more dangerous.

Putin gave the order at a time when Washington estimates that Russian troops are suffering unexpected setbacks on the battlefield after a four-day invasion. U.S. officials said strong Ukrainian resistance and planning failures contributed, leaving some units without fuel and other supplies.

The Pentagon learned of Putin’s order from a televised address by the Russian president, not from U.S. intelligence sources. Immediately after Putin’s speech, US Secretary of Defense Lloyd Austin and Chairman of the Joint Chiefs of Staff General Mark Milley and Commander of US Forces in Europe Tod Walters met to discuss the Russian president’s decision.

In essence, he is bringing into play forces that, if miscalculated, could make the situation much more dangerous. The U.S. estimates that Russia has fired more than 350 missiles at targets in Ukraine. Speaking of a Russian offensive on Chernihiv north of Kiev, Russia is using siege tactics.

“They seem to be starting to develop a siege mentality, and anyone studying military tactics and strategy will tell you that siege increases the likelihood of collateral damage,” the Pentagon said.