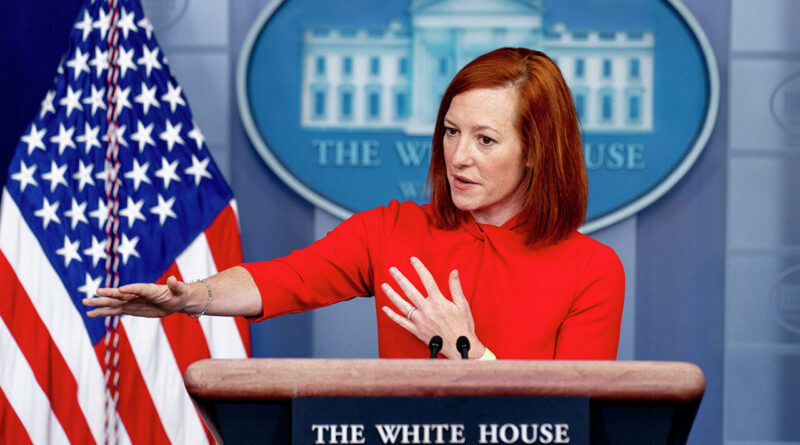 Washington expects the upcoming meeting of US and Russian Presidents Joe Biden and Vladimir Putin to discuss those areas in which the two countries can work together, White House press Secretary Jen Psaki said at a briefing.

The White House spokeswoman reiterated that the United States is committed to a stable and predictable relationship with Russia.

Speaking about the last telephone conversation between the two presidents, Psaki stated that it was «constructive».

On the eve of the talks between the Presidents of the Russian Federation and the United States, Vladimir Putin and Joe Biden. The parties discussed a number of topics relevant to the bilateral agenda. It is known that Biden suggested that Putin hold a face-to-face meeting in a third country to discuss the full range of issues faced by both the United States and Russia.