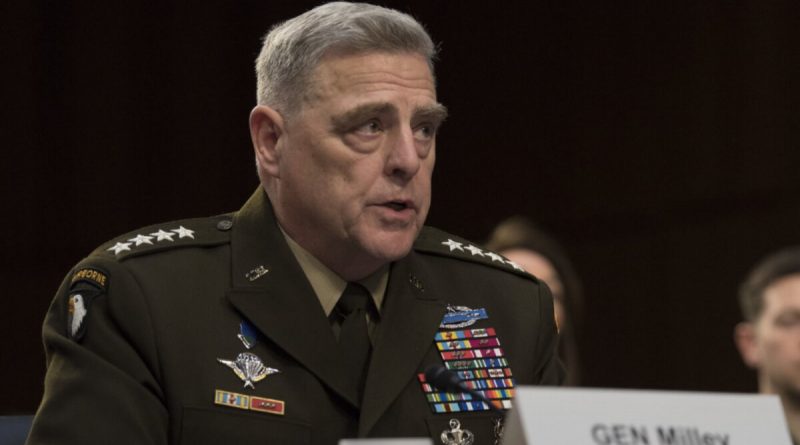 Gen. Mark Milley, chairman of the U.S. Army Joint Chiefs of Staff, on Wednesday refused to say publicly whether cooperation between Moscow and Washington on Afghanistan was possible. He said, however, that he was willing to discuss the topic privately with U.S. lawmakers.

At a House Armed Services Committee hearing, Milley was asked whether the U.S. and Russia were consulting on any cooperation on Afghanistan. “I would prefer to touch on that in a closed session,” the general replied. He recalled that he had met earlier this month with Valery Gerasimov, chief of the Russian Armed Forces General Staff. “I can talk to you about this in private,” Milly explained. “But essentially, we’re not asking for permission, we’re not negotiating, I think it’s accurate to say so,” the general added.

Earlier, The Wall Street Journal, citing information obtained from anonymous sources in U.S. executive branch structures, claimed that Milli touched on possible use of Russian bases in Kyrgyzstan and Tajikistan by the Pentagon to fight terrorism, including in Afghanistan, during the meeting with Gerasimov, but received no specific response. According to the newspaper, members of the U.S. National Security Council considered some of Putin’s words at the meeting with Biden in Geneva as an indication that Russia might consider such a possibility in the interests of fighting international terrorism.