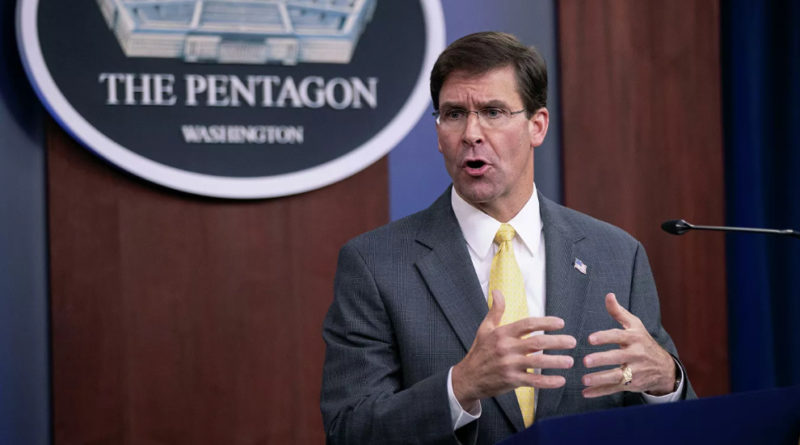 Mark Esper: "Turkey Put Us All In A Very Terrible Situation"

US Secretary of Defense Mark Esper said Ankara is moving in the wrong direction toward its NATO allies, bonding more with Russia than with the West.

“Turkey put us all in a very terrible situation … The direction of Turkey with regard to the alliance is heading in the wrong direction, on any number of issues. We see them getting closer to Russia’s orbit and I think that’s unfortunate. We need to work together to strengthen our partnership with them, and get them on the trend back to being the strong reliable ally of the past,” Esper said, speaking at an event of the German Marshall Fund in Brussels.

Tensions between the US and Turkey previously arose due to Ankara’s purchase of S-400 systems. Another reason was the Turkish operation in Syria.

On October 9, Erdogan announced the start of Operation Peace Spring in northern Syria against the Kurdistan Workers’ Party, which was banned in Turkey. Turkish air force struck the city of Ras al-Ain and a number of other Syrian cities on the border of the two countries.

Last week, the United States and Turkey agreed to suspend Turkey’s military operation for 120 hours and withdraw Kurdish forces from the 30-kilometer buffer zone on the Turkish-Syrian border, which Ankara intends to control independently. Nevertheless, there were reports of continued fighting.