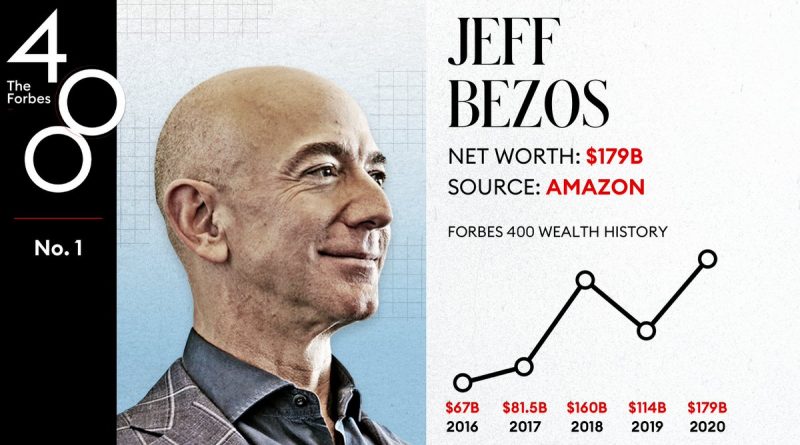 Jeff Bezos once again became the richest man in the world

Amazon founder Jeff Bezos has retaken the top spot on the list of the world’s richest people after he lost the lead to Louis Vuitton Moët Hennessy Group (LVMH) President Bernard Arnault in July, according to Forbes Real-Time counter.

Arnault, on the other hand, lost $19.1 billion, and his fortune “lost weight” to $175.8 billion. He is now third on the list, with Tesla founder Elon Musk in second place, whose wealth has grown by $5.2 billion to $180.5 billion. Bill Gates and Mark Zuckerberg still occupy the fourth and fifth positions.

In July, Bezos dropped from the top of the list, ceding it to Arnault. Before that, Bezos briefly dropped to second place in May.

Amazon is one of the world’s largest online retailers. In July of this year, Bezos stepped down as CEO of the company. In addition to the U.S., Amazon operates in Canada, China, Brazil, Japan and countries in Europe. The online store Amazon.com was launched in July 1995.