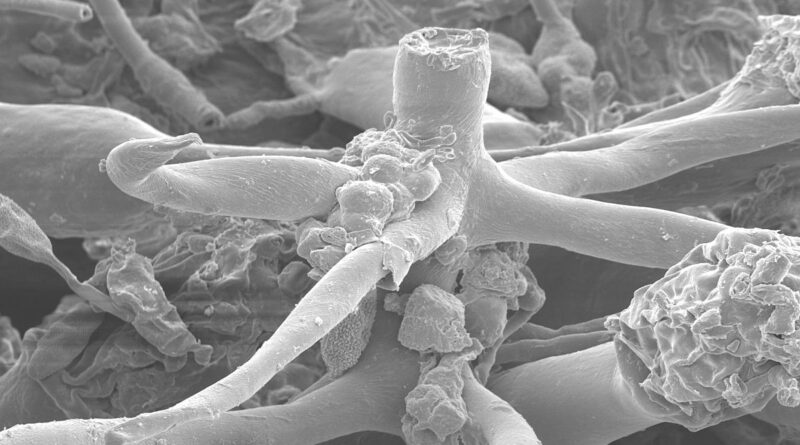 In India, against the background of the coronavirus pandemic, cases of infection with dangerous fungi have become more frequent

Against the background of the second wave of coronavirus in India, local doctors are increasingly registering cases of mucoromycosis. This is an infection that is caused by various types of fungi in the family Mucoraceae. As the BBC notes, the disease, sometimes referred to as black mold, is common among patients with COVID-19 or among those who have recovered from the coronavirus.

Mucoromycosis is a rare disease, its signs are necrotic lesions in the nose and palate, causing pain and fever. In addition, there may be symptoms from the central nervous system, patients complain of swelling and pain in the eyes. The disease affects the sinuses, brain and lungs. It is deadly for patients with diabetes, HIV/AIDS and cancer. Mortality from mucoromycosis can reach 50%.

The causative agents of the disease are various fungi that are found in soil, plants, compost, rotting vegetables and fruits. Indian doctors note that traces of fungi can be found in the nasopharynx and on the mucous membranes of healthy people. According to the doctor Akshay Nair from Mumbai, the increase in the incidence of mucoromycosis can be caused by the use of steroids in the treatment of severe forms of coronavirus. Steroids reduce inflammation in the lungs, but at the same time they reduce immunity and can raise blood sugar levels. Indian doctors record that people get sick with mucoromycosis about 12-15 days after recovery from COVID-19.

Nair works in three hospitals in Mumbai and has already seen about 40 cases of mucoromycosis in April. Many of the patients are diabetics who have contracted the coronavirus. Eleven of them had to have their eyes surgically removed because of a fungal infection to prevent it from spreading to the brain. In a Mumbai hospital in the Zion district, 24 cases of mucoromycosis were detected in two months, while previously no more than six episodes were recorded in a year. For the first time, the country broke the world record for the daily number of cases of coronavirus on April 22, after which it blocked it several times. India is now the second largest country in the world in terms of the number of cases, second only to the United States, where 32.6 million people have been infected with COVID-19. According to Reuters estimates, the real numbers of coronavirus infections in India can be five to ten times higher than the official ones.

The increase in the incidence is already observed not only in large cities, but also in rural areas, where almost 70% of the total population of the country lives. Due to poor awareness, many people do not take the first symptoms of the virus seriously enough, writing them off as a seasonal cold, so they are not in a hurry to seek medical help.

The highest level of coronavirus infection was recorded in the popular tourist state of Goa on the west coast of India – where every second person who passed the test, the result was positive. According to local residents, the cause of the outbreak was the holding of elections in the country: when voting and participating in political actions, many did not observe the rules of social distancing and wearing masks. The authorities also allowed the organization of a multi-week religious festival Kumbha Mela, which was attended by millions of Hindus.

At the same time, the government of India was informed in advance of the high contagion of a new strain of coronavirus found in the country. The strain, which has already been dubbed Indian, has two significant mutations of the spike protein. They help it resist the human immune system. Doctors are aware of cases when this variant of the virus has infected both people who have already been ill with COVID-19, and those who have been vaccinated. At the same time, some Indians are in no hurry to get vaccinated, as they doubt the effectiveness of the drugs.

The United Kingdom, the United States, Germany, Ireland, Singapore, Australia, South Korea, Canada and Russia sent humanitarian aid to the country. By May 2, 25 flights with 300 tons of medical cargo had arrived at Delhi International Airport alone. However, the local authorities were not able to quickly organize the reception and distribution of goods delivered from abroad. Most of the containers with medicines and medical equipment are still in the warehouses of the airports. Because of this, tens of thousands of people died, who did not wait for help.