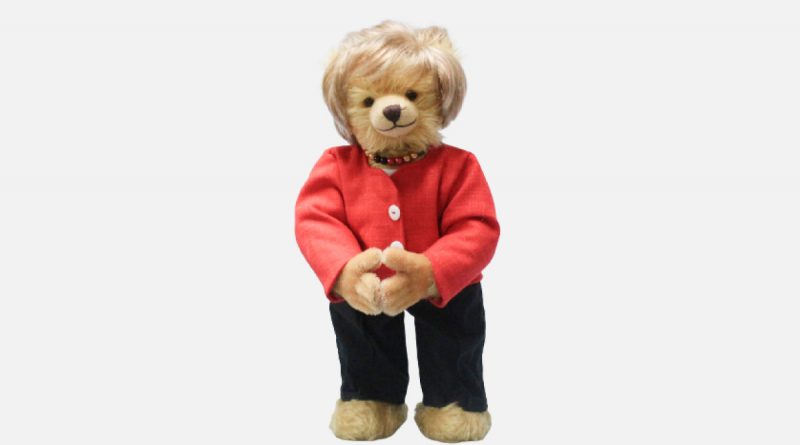 In Germany released a teddy bear in honor of Angela Merkel

A German plush toy factory in Coburg, Bavaria, has released a collectible bear to mark the end of Angela Merkel’s term as German chancellor, Stern reports.

The toy is about 40 cm tall and is dressed in a red jacket and black pants, constant attributes of Merkel’s closet. The wig, matching the chancellor’s hairstyle, and her rhombic paws leave no doubt about who the prototype of the bear cub is.

Merkel’s teddy bears cost €189. A total of 500 numbered copies will be produced. The toy with the number “16” will go to Angela Merkel, that’s how many years she served as Chancellor of Germany.

The prototypes for the teddy bears were also politicians Abraham Lincoln, Theodore Roosevelt, Elizabeth II, Barack Obama and Helmut Schmidt, Chancellor of Germany from 1974 to 1982.

Angela Dorothea Merkel is a German stateswoman and current German Federal Chancellor. By training a physical chemist, doctor of natural sciences. Worked as Minister for Women and Youth (1991-1994) and Minister for the Environment, Nature Conservation and Nuclear Safety (1994-1998). Since 2005, she has been the Chairperson of the Federal Government of Germany. She was chairman of the Christian Democratic Union (2000-2018). In 2019, Merkel stated that this was her last term as Chancellor.