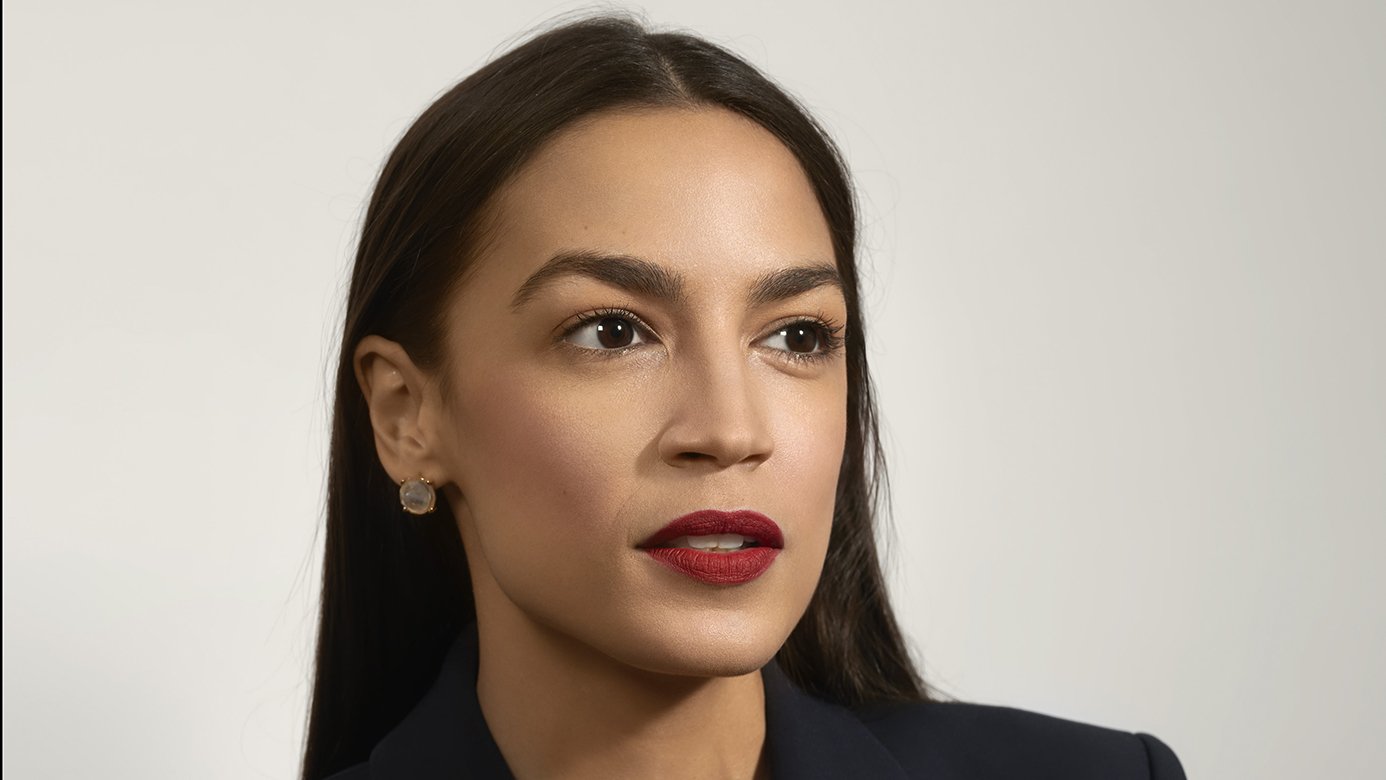 If the policy was something like the weekly pop charts, Alexandria Ocasio-Cortez (a New York congresswoman, whom almost nobody knew about a year ago) would easily win first place in them despite the fact that the mass media still call Ocasio-Cortez a former bartender and waitress. At the age of 29, having become the youngest woman elected to the US House of Representatives, a representative of democratic socialists (the wing that nominated Bernie Sanders for the 2016 presidential election – Cortez took part in his campaign, and now may well be considered his full heir) has already inscribed her name in history.

In the first month of her activity in Congress, Cortez managed to announce two crusades against poverty and global warming. To the question of TV presenter Stephen Colbert “Now, congresswoman, for you and other freshmen members of Congress, you’re getting a fair amount of pushback from even members of your own party saying ‘wait your turn, go slow, don’t ask for so much so fast right now, you’re new, wait your turn for everything and don’t make waves.On a scale from zero to some, how many f***s do you give?” She laughs and answers, “I think it’s zero.”

Her own reputation as a heretic and a troublemaker of tranquility, Cortez builds up by leaps and bounds. Now she frightens the major financiers with proposals to raise tax for rich compatriots (specifically: raise it to 70 percent for all whose annual income exceeds $ 10 million) and claims that for the people of her generation the fight against global warming should be like “World War II war”.

“Millennials and people, you know, Gen Z and all these folks that will come after us are looking up and we’re like: ‘The world is gonna end in 12 years if we don’t address climate change and your biggest issue is how are we gonna pay for it?”

Alexandria Ocasio-Cortez’s breakthrough into big politics happened in June last year, when she sensationally won the democratic primaries in new York. The word “sensational” is not quite accurately conveys the scale of the surprise: Ocasio-Cortez won the election, in which bookmakers evaluated her chances as 18 to 1 — this in the recent history of American politics before simply did not happen.

At the same time, characteristically, increased not only her personal rating, but also interest in her ideas: according to Merriam-Webster measurements, after her victory, the number of search queries for the word “socialism” increased by 1500%. Socialist initiatives form the basis for policy program of Ocasio-Cortez.

“A system that allows billionaires to exist is immoral. Are we comfortable with a society where someone can have a helipad while [New York City] is experiencing the highest rates of people experiencing homelessness since the Great Depression? I don’t think that necessarily means that all billionaires are immoral,” Cortez said in an interview with writer Ta-Nehisi Coates.

And, of course, with such an agenda, she was immediately put on the list of socially dangerous demagogues who encroached on the very essence of the American dream. Conservative economist Ben Stein even compared her with “Hitler, Stalin and Mao,” saying that her ideas “led to mass murder, it led to dictatorship, it led to genocide. These promises are old promises and they invariably lead to bad things.”

The political establishment of the United States calls not to respond to her attacks. White House Press Secretary Sarah Sanders commenting on the congresswoman’s eschatological outlook, said: “I don’t think we’re going to listen to [Ocasio-Cortez] on much of anything — particularly not on matters we’re gonna leave in the hands of a much, much higher authority — and certainly, not listen to the freshman congresswoman on when the world may end.”

In times of political instability (in the USA, where the government suspend the work, having failed to agree on a budget for 2019) now is just such a moment.

Ocasio-Cortez with its model of socialism quite fits this description, but this is only one of the reasons for the rise of its popularity. The other is that a brisk native of the Bronx district is simply not like the politicians of the previous wave and may well become a role model for the next wave.

According to recent polls, three-quarters of the American Democrats, both party and non-system sympathizers, would have readily voted for Alexandria Ocasio-Cortez at the presidential election. This survey is purely conjectural due to the age of Alexandria can not take part in any of the next elections (she will be 35 years old only in October 2024).

It’s too early to talk about a presidential ambition, and not only because of her age. The example of Bernie Sanders shows that the ideas of socio-economic equality are not very popular, even when the favorites of the presidential election have a negative trust rating. But if the US ever elect a woman as president, then it will probably not be someone like Hillary Clinton, but someone like Ocasio-Cortez.