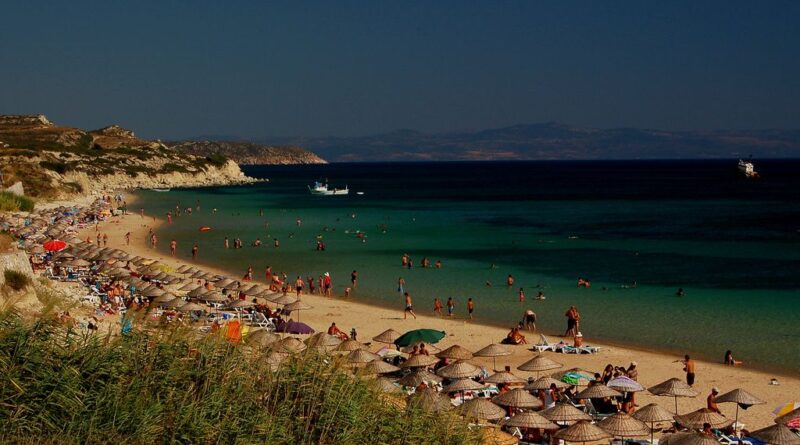 Tourists will be able to relax in Greece this year safely, the country is taking all measures for this, said the Minister of Tourism of Greece Haris Theoharis .

Greece has lifted all restrictions on the entry of foreign tourists since May 14. In connection with the resumption of tourism activities, the Minister of Tourism held a press conference in the suburbs of Athens, against the backdrop of Cape Sounion and the columns of the temple of Poseidon, under the slogan ” Raise the sails!”. A sign with these words was also on the podium.

“We’re setting sail! We are opening up the Greek tourism industry, bringing Greece back to the forefront in Europe and the world as a place known for hospitality and security, ” Theoharis said.
According to him, in 2020, Greek tourism won an uphill battle during the pandemic.

“We opened with strict procedures and welcomed the guests of our country safely. That is why our country was awarded by the World Tourism Council as a pioneer in opening up the industry in 2020, ” he said.
“We are safely setting sail,” the minister assured.

According to him, there will be a comprehensive health protection plan.
“We are building a security wall with five different zones: 1. Entry protocol. 2. Operation of the target selection system. 3. A network of quarantine hotels. 4. Implementation of new protocols. 5. Acceleration of vaccination, ” the Minister said.

Theoharis said that he had returned from Britain a few hours ago, and before that he had been to Germany, Poland, the United States, Russia, Serbia, Romania.

“In each country, I talked to government officials and market representatives. The final conclusion is that there is a great interest in Greek tourism, ” he said.

According to him, the agreements on expanding cooperation with the largest tour operators of the European Union and the United States, as well as an increase in the number of daily flights from a larger number of departure airports in the direction of Greece, are direct and tangible evidence of interest.

Theoharis said that the Blue Freedom plan for universal vaccination on the islands also contributes to safe tourism. Under the plan, residents of Greece’s 19 largest islands will be vaccinated by the end of June. Vaccination on 32 small islands has already been completed, and another 36 medium-sized islands with a population of up to 10,000 inhabitants will be completed by the end of May.

“The tourism industry is fighting together with everyone to regain lost ground, to leave behind the black clouds of fear and insecurity. We will succeed, ” Theoharis said.

Tourism in 2019 brought Greece 18.2 billion euros in revenue, the country was visited by 34 million tourists. In 2020, a significant part of the tourist season was disrupted due to the pandemic. From January to October 2020, 7.4 million people visited Greece, with tourism revenues of 4.3 billion euros. Since November 7, 2020, Greece has introduced a lockdown.