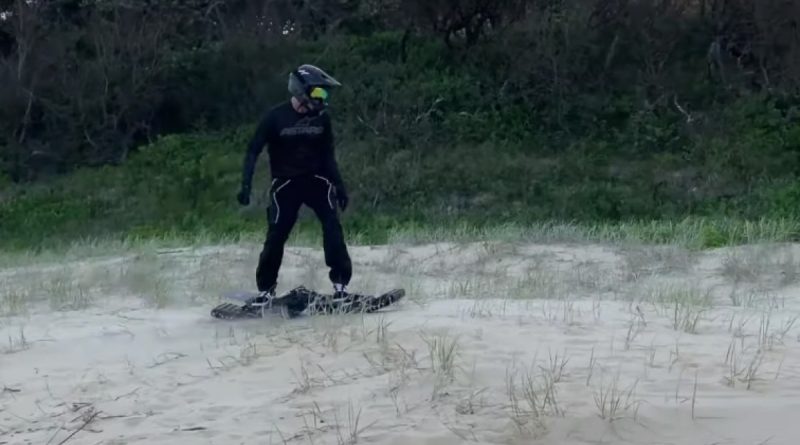 Eight years ago the world got acquainted with the original Ungoverned Powerboard, and even then its creator Dan Baldwin promised to release a lightweight electric version. The process dragged on, but Dan kept his promise – the crowdfunding service Indiegogo launched the Vendetta project to raise funds for the production of the electric powerboard with the same name. Judging by the presentation video, the toy for adults is very entertaining.

The Vendetta powerboard is a hybrid of a skateboard, snowboard and snowmobile, which is equipped with a motor. In the past version was an internal combustion engine, now it is electric, or rather, a separate motor in the front and rear of the unit. They have articulated articulation and wide tracks with impressive grousers. The Vendetta is controlled by tilting the pilot’s body and is able to overcome obstacles up to 20 cm in height.

In cruising mode with a 75-kg pilot, the Vendetta can travel at 25 km/h for up to 40 minutes on a single charge. The maximum speed reaches 50 km/h, but only on flat terrain, while the main purpose of the powerboard is to conquer off-road. The original machine perfectly copes with ladders, rocks, moves on sand and ice. The Vendetta’s approximate price is $5100.