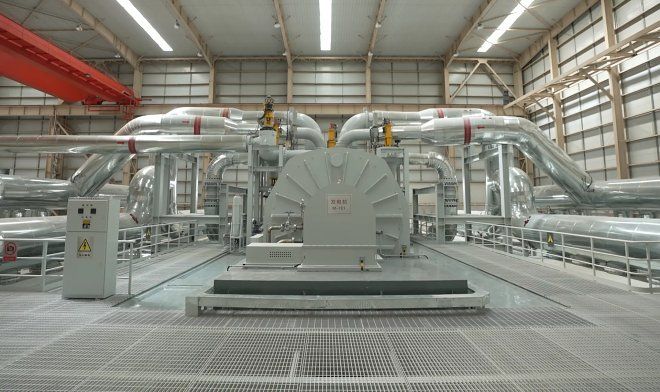 The city of Zhangjiakou in northern China has plugged in the most advanced and one of the most powerful energy storage systems to date, using compressed air to power it. The Chinese Academy of Sciences reported that they had developed a radically new technology for this, which surpasses all analogues in the world. The technology has been developed with the aim of carrying out the energy reform in the country – by 2030 such systems should account for 25% of all energy storage in China.

The storage system has a capacity of 100 MW and can store up to 400 MW⋅h of energy. The details of the storage device are not disclosed, but what is known is that it is a technically complex project. It uses advanced developments in heat conservation at supercritical temperatures and technology to control the compression and expansion of gases under high pressure.

The main advantage of the Chinese system is its design efficiency, which is 70.4%. This is a world record, since the efficiency factor of the existing analogues does not exceed 42-50%, and the new Hydrostor CAES system that is currently under construction hardly reaches 60%. The facility in Zhangjiakou will be able to supply 132 GWh of electricity per year, enough to supply 40,000-60,000 homes with heat and light. This will save 42,000 tons of coal and reduce carbon dioxide emissions by 109,000 tons.