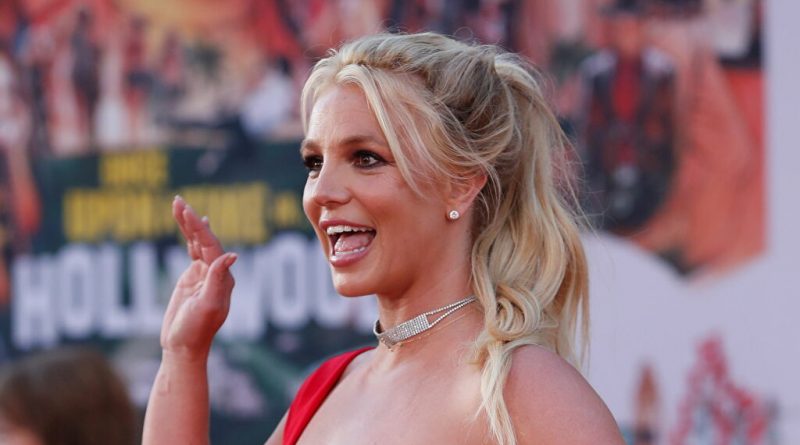 Britney Spears changes lawyer and thanks fans for support

American singer Britney Spears spoke about her successes in court and thanked fans for their support. According to the media, she accompanied her social media posts with the hashtag #FreeBritney for the first time. Earlier, the singer, who has been in her father’s care for 13 years, was allowed to choose her own lawyer. The new advocate intends to apply for James Spears’ removal from his duties in the near future.

American singer Britney Spears, who is suing her father James Spears to overturn years of custody, thanked fans for their support after another court hearing.

Spears made social media posts on Twitter and Instagram. “Case in point, friends… it’s on! I feel renewed – I have a real rep now… I feel grateful and happy! Thank you so much to my fans for your support… You have no idea what the support of such amazing fans means to me! God bless you all! Today I’m celebrating by riding and doing cartwheels,” the artist shared. She also shared a related video.

In both cases, Spears ended the post with the hashtag #FreeBritney, which concerned users of social networks have been spreading for years to support the singer and talk about her difficult situation. According to media observations, the artist herself used it for the first time.

These records on social media Spears posted after the new Los Angeles Supreme Court hearing, which was held on Wednesday, July 14. The artist was not in the audience, but she participated in the hearing by phone. “I’m here today, Your Honor, to completely get rid of control my father … and charge him with abusing his role as a custodian. I want to file custody abuse charges right today, all at once,” Variety quoted her as saying.

During the hearing, Judge Brenda Penney allowed Britney Spears to choose her own lawyer. Previously, the singer could not do so because she is in foster care.

Spears’ previous lawyer Samuel Ingham said July 6 that he no longer intends to represent the singer. The artist’s new attorney, Matthew Rosengart, has previously worked with such celebrities as Steven Spielberg, Sean Penn and Julia Louis-Dreyfus.

Rosengart took up his duties right at the meeting. He urged the singer’s father, James Spears, to voluntarily resign his custody and stressed that his motives raised questions.

The singer’s mother also attended the meeting. Her representative relayed that Lynn Spears supports her daughter’s aspirations. That said, Birtney agrees to continue to be in the custody of her manager, Jody Montgomery.

The singer revealed that her father and other guardians tried to convince her of her own inadequacy. “Their goal was to make me feel crazy, but I’m not crazy,” Spears stated.

During a previous hearing, the singer claimed that her rights had not been fully explained to her. Now she cited examples of unfair restrictions coming from James Spears. The artist noted that she was not allowed to drink coffee and generally choose what she wanted to eat, and also took away vitamins for her hair health.

In addition, Spears was left home alone, forbidden to go outside. At the same time, the guardians knew that the current situation makes her feel uncomfortable.

Such an attitude the artist called cruel. She noted that she was afraid of her father. Ultimately, the singer claimed abuse on the part of James Spears.

“I want my father’s actions, not my behavior and capacity, to be analyzed. This custody allows him to literally run my life. It’s abuse, and we all know it,” Spears stressed.

About a hundred Britney Spears fans gathered outside the courthouse in Los Angeles during the hearing. According to media reports, rallies in support of the pop star took place in New York, Washington, D.C., London and other cities.