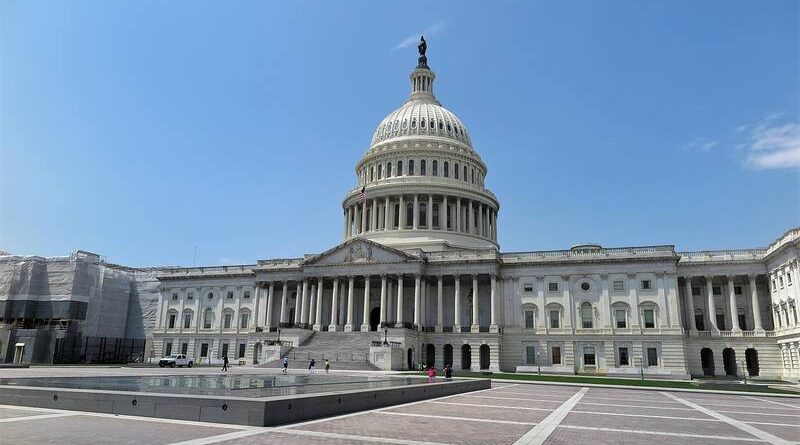 Biden's Inauguration: How Protests and Coronavirus are Breaking Traditions

President-elect Joseph Biden will be sworn in around noon on Wednesday at a ceremony in Washington.

In many ways, his inauguration will resemble previous ones. Like his predecessors, Biden will deliver the unchanging words of the presidential oath on the steps of the Capitol and travel from there to the White House.

But this time, the ceremony comes just two weeks after the storming of the Capitol by supporters of outgoing President Donald Trump and amid a global pandemic. So there will be a lot of changes.

The question of how the crowd managed to practically seize the Congress building on January 6 remains unanswered. The FBI warns of the possibility of new acts of violence. Unsurprisingly, security measures have been significantly strengthened.

Any inauguration is considered by the American classification as a «particularly important national security event». Responsibility and leadership is assumed by the Secret Service (a federal agency that, due to historical tradition, is engaged, in addition to protecting top officials, in the fight against counterfeiting).

This time, she will be assisted by the District of Columbia Police and the National Guard (Armed Forces Reserve Corps).

National guardsmen began arriving at the Capitol last week. In total, on the day of the inauguration in Washington, they will accommodate 25 thousand people (at the inauguration of Trump in 2017, there were 8 thousand).

The Pentagon allowed some of these troops to carry weapons. Photos of National guardsmen with pistols and semi-automatic rifles appeared.

Travel restrictions
One of the main tasks of these forces is to provide personnel to dozens of checkpoints in central Washington, including on key bridges over the Potomac River.

Admission of vehicles to the outdoor «green zone» on January 20 will be limited — only those who live or work in it will be allowed. You will need a special pass to enter the main «red zone».

More than a dozen metro stations are closing.
In connection with the alleged influx of supporters of Donald Trump from other cities, the rental site Airbnb for several days suspended the acceptance of applications for housing in the capital, as well as a number of local hotel chains.

Washington before the inauguration
A number of major airlines have temporarily banned the transportation of weapons in luggage and have compiled lists of known rioters on January 6 who do not sell tickets.

Amtrak announced a reduction in the number of trains in the metropolitan area and warned passengers that they will see an unusual number of police officers on trains and at stations.

Joseph Biden, a well-known train enthusiast and Amtrak customer who was about to arrive at the inauguration from his home in Wilmington, Delaware, by rail, on Monday changed his plan for security reasons.

The ceremony is the same, but slightly different
Trump’s inauguration and preparations for this year’s ceremony
Typically, incoming presidents want as many people as possible to attend their inauguration. Now is not the case.

Even before the events of January 6, the inauguration committee asked Joe Biden’s supporters to stay home because of the threat of coronavirus.

Usually, a huge crowd gathers on the National Mall on inauguration day (on the day of the first inauguration of Barack Obama in 2009, up to two million people came there). Now the National Park Service has temporarily closed it. Instead, Biden’s supporters will be greeted by 200,000 American flags displayed along the alley.

Gated in front of the Capitol inauguration
Judging by the pictures of the already erected stage on the west side of the Capitol building, the number of guests directly present at the swearing-in will not exceed one hundred people this time. The chairs are arranged according to the requirements of social distancing.

All guests will be wearing masks and will take a Covid-19 test on the eve of the ceremony.

The Capitol building looks like a fortress with a wire fence around the perimeter. Army Secretary Ryan McCarthy said it was impossible to climb over it. The same fence surrounds the White House.

After the swearing-in, President Biden and Vice President Harris will move to the east side of the Capitol, where the new supreme commander will host a small military parade.

According to tradition, the new president’s motorcade will then travel a mile and a half (just over 2.5 km) down Pennsylvania Avenue to the White House, with citizens greeting him on both sides of the broad street.

This, again, will not happen — both because of Covid-19, and for fear of incidents. Instead, Joe Biden will go to lay a wreath at Arlington Cemetery , America’s largest war memorial across the Potomac.

With him will be former Presidents Barack Obama, George W. Bush and Bill Clinton — but not Donald Trump, who decided to break the custom and skip the inauguration of a successor.

General cleaning of the White House
From Arlington Cemetery, the cavalcade of cars of the 46th president of the United States will go past the checkpoint, where it, of course, will not stop, to the White House, and Joe Biden will begin his presidential term.

Over the past year, the building has experienced several outbreaks of coronavirus among its residents. Donald Trump himself went to the hospital with covid for a few days in October. So everything from the stair railing to the elevator buttons and latches in the restrooms will be thoroughly wiped and treated by a sanitizer before Biden and his team enter.

The employees of the federal agency responsible for this are faced with a difficult task: in the few hours between the departure of the last member of the Trump team and the appearance of new owners, to process all six floors and 132 rooms of the White House.

But on the evening of January 20, Biden, unlike his predecessors, will be able to relax. This year’s traditional balls and receptions will be replaced by a virtual concert hosted by Hollywood star Tom Hanks.