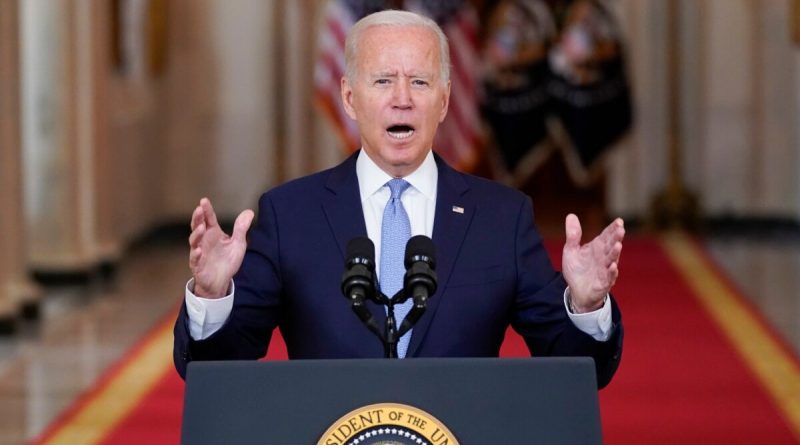 Biden: we must ensure that the events of January 6, 2021 will never happen again

U.S. President Joe Biden and Vice President Kamala Harris spoke Thursday at an event marking the first anniversary of the attack on the Capitol.

Addressing the country, the president stressed that the events of January 6, 2021 must never be repeated. He also noted that the previous U.S. president had spread a web of lies about the 2020 presidential election. Biden stated that his predecessor as president was the first president in the history of the country to refuse to recognize the election results and the will of the American people.

During the speech, Biden strongly disagreed with claims that the United States needed an authoritarian leader, a “strong hand.” He stressed that such an approach goes against the very essence of American tradition.

As White House press secretary Jen Psaki reported the day before, Biden intends to say in his speech that his predecessor, Donald Trump, bears “special responsibility” for the Jan. 6 attack.

“He will give a strong rebuke to the lies spread by the former president in an attempt to mislead the American people and his supporters and to distract from his own role in what happened,” Psaki said, adding that the president will stress “the importance of a peaceful transition of power.”

Asked if Biden was going to mention Trump by name, Psaki said the final text of the speech had not yet been agreed upon, but noted, “I think people will understand who he means.”

Recall that on Jan. 6, 2020, Trump, speaking to his supporters, said he would never accept the election results and urged them to “fight desperately,” after which crowds stormed into the Capitol, where lawmakers were preparing to witness Biden’s victory.

Four people were killed in the rioting, and one Capitol Police officer died the next day from his injuries. Hundreds of police officers were injured and four later committed suicide. More than 720 people have been charged with various misdemeanors in connection with the riots.

Congress has a special committee investigating the causes of the attack on the Capitol.

U.S. Attorney General Merrick Garland pledged Wednesday that the Justice Department would prosecute those involved in the Capitol riots “at every level.” “You can’t have different rules for those in power and those without power,” he stressed, without naming specific names.

On Tuesday, Trump canceled a press conference scheduled for Thursday night at his Florida estate, where he had planned to talk about the attack on the Capitol. Trump said he would instead discuss “important topics” at a Jan. 15 rally in Arizona.

In a statement, he accused the House investigation of being “biased and dishonest.”

The former president’s eldest son, Donald Trump Jr., called the investigation a “sham” on his Twitter.

“Democrats across the country are destroying the rule of law by using their power in government to illegally harass and intimidate their political opponents,” he said.