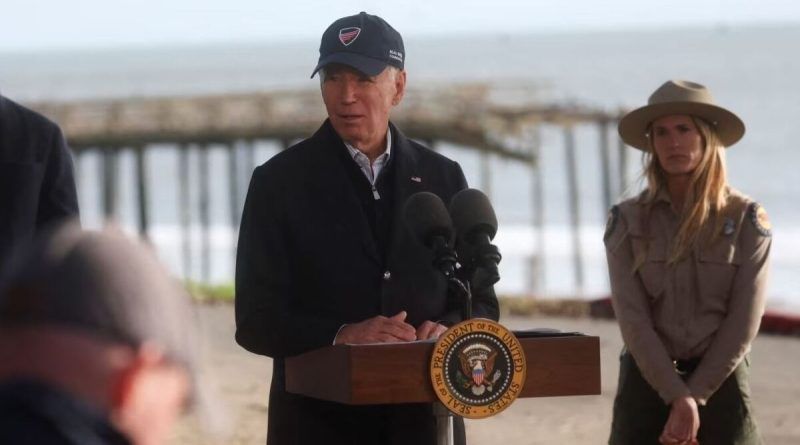 President Joe Biden said he has “no regrets” about the way he handled the classified documents found in his home and former office, expressing confidence that the matter will be resolved.

“I think you’ll find there’s nothing there,” Biden told reporters during a trip to hurricane-hit California. – I have no regrets about anything. I’m following what my lawyers told me to do. That’s exactly what we’re doing.”

Attorney General Merrick Garland last week appointed a special prosecutor to investigate the case after classified documents were discovered at Biden’s home in Wilmington, Delaware, and at the D.C. think tank office where Joe Biden worked before becoming president.

“We are fully cooperative and look forward to a quick resolution to this problem,” the White House chief said.

The president said he was following instructions from his attorneys after “several documents were not posted in the proper place.” He added that the documents were immediately transferred to the U.S. National Archives after discovery.

The White House took a defensive stance after the discovery of the documents came to light on January 9.

Lawyers for the current president last week reported the discovery of classified documents dating back to his (Biden’s) time as vice president in Barack Obama’s administration. The documents were discovered at Joe Biden’s home in Delaware, including a garage.

Earlier, Biden’s aides discovered another batch of classified documents at his home and at the think tank in Washington, where he worked after he left the vice presidential post.

Biden expressed frustration that he was asked about the classified documents as he surveyed the damage from the hurricanes that hit much of California.

“I’ll answer your question, but here’s the thing. You know, what worries me, frankly, is that we have a serious problem here that we’re talking about, talking about what’s going on. And Americans don’t quite understand why you’re not asking me questions about it,” he said, referring to dealing with the aftermath of the hurricane in California.