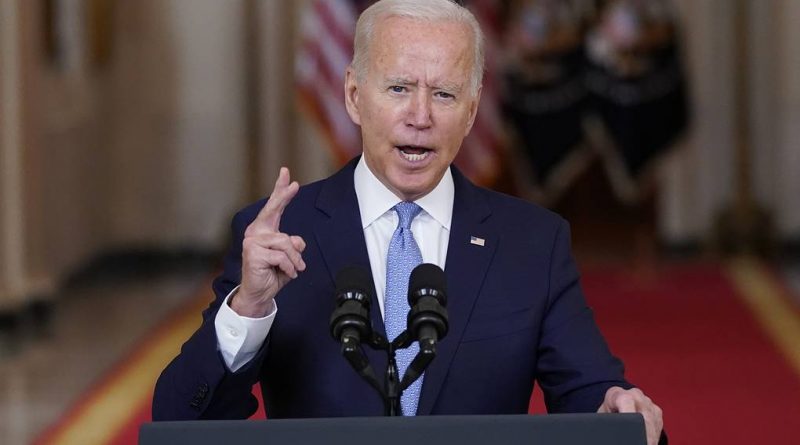 The American operation to evacuate people from the airport of the Afghan capital was extremely successful. This was the opinion of U.S. President Joe Biden, speaking at the White House on Tuesday at the conclusion of the operation.

“The extraordinary success of this mission was due to the incredible professionalism and dedication of U.S. troops, as well as our diplomats and intelligence professionals. For weeks, they risked their lives to get American citizens, Afghans who were helping us, citizens of allied and partner countries, and others aboard the planes out of the country,” the president said.

“The United States has ended a 20-year war in Afghanistan, the longest war in American history. We’ve completed one of the largest airlifts in history, with more than 120,000 people evacuated to safety. That is more than twice the number that most experts would have thought possible,” Biden said, arguing that “no nation in history has ever done anything like this.”

According to him, the U.S. was able to get 90 percent of the Americans who wanted to leave Afghanistan out. Biden assured that there was “no deadline” for the remaining 100 to 200 of his fellow citizens to leave Afghanistan, and that U.S. authorities remained committed to their commitments.

The United States faced the choice of withdrawing troops from Afghanistan or sending more troops, Biden said. The president said his administration needed to make a decision about the continued presence of forces. “To follow the commitments of the last administration and withdraw from Afghanistan or to stay and put tens of thousands more troops back into the war,” he said.

“I wasn’t going to continue this war, nor was I going to extend the withdrawal. The decision to end the military operation at Kabul Airport was based on the unanimous recommendations of my civilian and military aides, the secretary of state, the head of the Pentagon, the head of the U.S. Joint Chiefs of Staff,” Biden said.