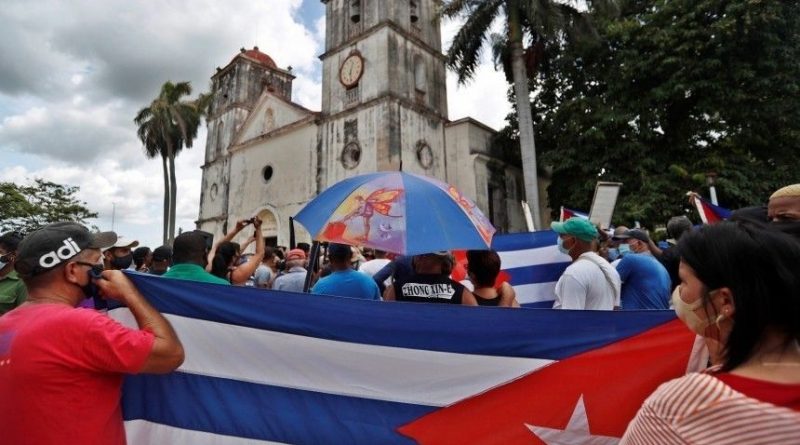 Biden commented on the situation in Cuba

The United States supports the people of Cuba in their right to peacefully protest and freely determine their future, U.S. President Joe Biden said Monday, commenting on recent developments in the island nation.

“We support the people of Cuba and their persistent call for freedom and deliverance from the tragic grip of the pandemic and the decades-long repression and economic suffering they have suffered at the hands of the authoritarian Cuban regime,” said Biden, whose words are quoted on his White House website.

The U.S. leader pointed out that the Cuban people “have courageously stood up for their basic and universal rights.” “These rights, including the right to peacefully protest and to freely determine their future, must be respected. The United States urges the Cuban regime to hear its people and to serve their needs at this vital time, not to enrich itself,” the U.S. president stressed.

The first crowded protests in many years took place in Cuba on Sunday, judging by videos of the marches posted on social networks, thousands of people participated. Among the protesters’ demands were “free elections” and solutions to social problems. According to local media, protests and crowds were noted in eight cities on the island, including Havana.