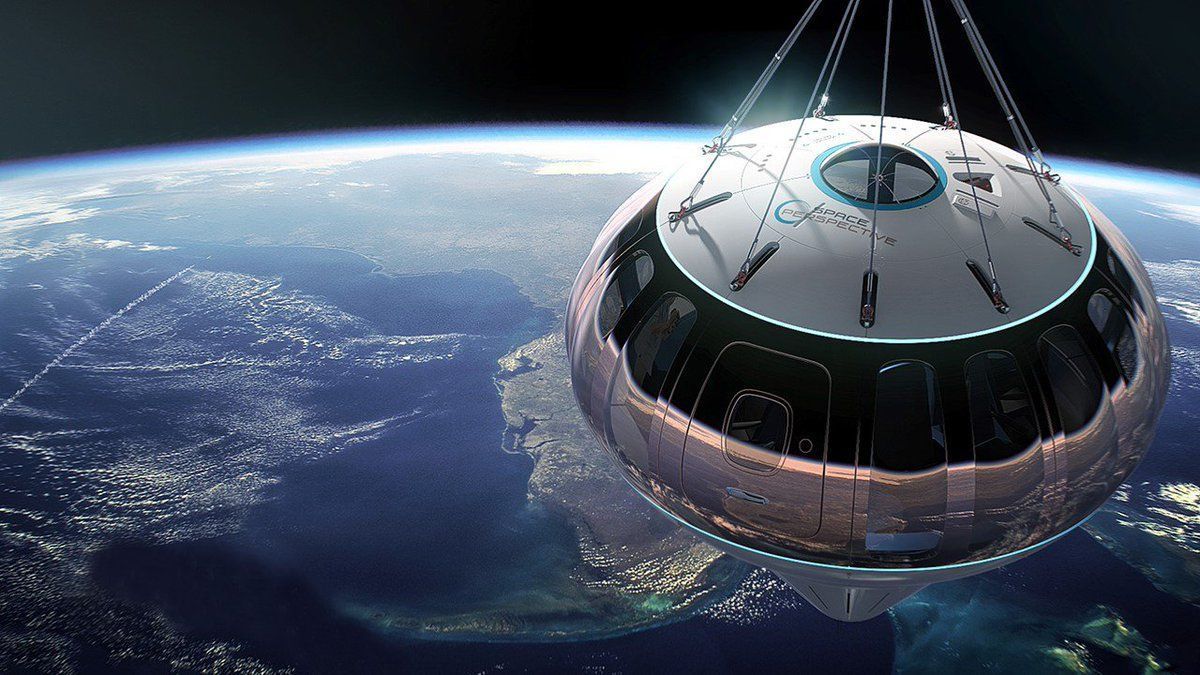 Approximately 600 people are willing to pay $ 125 thousand each to admire views of the Earth from a height of 30 kilometers. It was announced on Tuesday in an interview with news agency UPI by Jane Poynter, founder and one of the CEOs of the American company Space Perspective.

The Florida-based firm announced plans two years ago to take tourists to the upper atmosphere in a sealed capsule called Spaceship Neptune. The company successfully tested the crewless balloon last June, and at the same time began offering spots to those wishing to travel to the frontier of space. “There are already about 600 people on the waiting list,” Poynter noted, adding that she hopes to be among the first passengers in the capsule.

The flights are expected to begin in 2024, she said. Those who booked seats made deposits of $1 thousand each. 25 missions are planned for the first year, in which eight tourists will take part, then the number of flights will increase.

The trip is designed for six hours: two hours to ascend to a 30-kilometer altitude, two hours of tourists will float in the stratosphere and two hours to slowly descend with the capsule landing in the Atlantic Ocean off the coast of Florida. Then the travelers, the capsule and the balloon will be picked up and brought ashore by a ship. As Space Perspective previously explained, the balloon is designed to travel in near-vacuum conditions at the edge of space.

The company promises Spaceship Neptune passengers comfortable conditions: large portholes offering a 360-degree panoramic view, padded seats, a toilet, a bar with alcoholic beverages, including champagne, snacks, and access to the Internet. They will not be able to experience the state of weightlessness because of the insufficient height, but they do not need special preparation for the flight.

NASA and the U.S. Air Force consider the boundary of space at 80 kilometers, although according to the classification of the International Aviation Federation, it is at an altitude of 100 kilometers. Two American companies, Virgin Galactic and Blue Origin, offer similar services. Virgin Galactic sells seats on its Unity ship for $450,000, its competitor has not yet disclosed how much a 10-minute flight to a 100-kilometer altitude would cost for its customers.