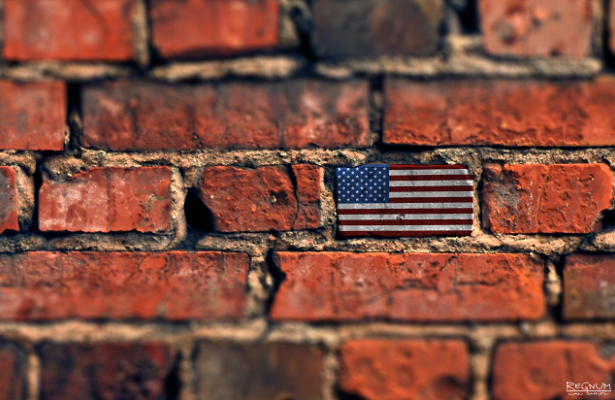 Representatives of the Republican Party criticized the actions of the White House in the field of illegal migration. So, the head of the Republican National Committee, Ronna McDaniel, doubted that the authorities are controlling the crisis. According to her, in May, for the third month in a row, more than 170 thousand cases of illegal crossing of the southern border of the United States were recorded.

In turn, Senator Ted Cruz said that the authorities are not ready to solve this problem. Politicians also accuse Joe Biden and Vice President Kamala Harris of never visiting the U.S. border with Mexico after taking office. According to experts, the criticism from the Republican Party is justified, since Washington is in no hurry to take any active steps to resolve the crisis, which has worsened due to the actions of the new US administration.

Republicans have criticized the immigration policy of the Joe Biden administration. So, the chairman of the National Committee of the Republican Party, Ronna McDaniel, doubted that the authorities are controlling the migration crisis on the southern border of the United States.

“In April, Biden said that the crisis on the border (the US with Mexico. – RT) is under “control”. In May, more than 170 thousand cases of illegal border crossing were recorded — the third month in a row! What happened to the “fact check”? ” she wrote on her Twitter account.

Earlier, McDaniel also said that the president and vice president of the United States still did not recognize the “huge surge in smuggling” of the synthetic drug fentanyl that occurred during the “Biden border crisis”. According to the politician, tens of thousands of Americans die from an overdose of this substance every year. In addition, the politician accused Kamala Harris of not visiting the epicenter of the influx of illegal migrants since taking office.

“Now that she’s vice president, she’s suddenly not interested in going to the border,” McDaniel said.

In turn, Republican Senator Ted Cruz criticized Biden and Harris for not being ready to solve the migration crisis.

“Barack Obama built cages, and now Joe Biden and Kamala Harris are building even more cages… what they don’t talk about is any willingness to solve the problem,” he said on Fox News.

Cruz also advised the US vice president to come to Texas to see with his own eyes the situation in the area of the southern border.

The other day, Kamala Harris said that it will be possible to stop illegal migration to the United States from Latin American countries only after analyzing the reasons why people leave their native places.

“Our priority should be to understand why people are leaving their home countries,” she said during a news conference after meeting with the Mexican president.

— I keep saying it: most people don’t want to leave their homes.”

During a visit to Guatemala on June 7, the US vice president urged migrants not to try to enter the United States: “I want to make it clear to those residents of the region who are going to make a dangerous journey to the US-Mexico border: do not come! Don’t come. I am convinced that in this case you will be sent back.”

On the same day, when asked by a reporter about the Republican Party’s criticism that neither she nor President Biden had visited the southern border of the United States in recent months, Harris spoke about Washington’s focus on solving the problem of illegal migration “in a way that makes a big difference and gives real results.”

“I will continue to focus on this kind of work, not on big gestures,” she said.

Earlier, the actions of the current administration in the migration sphere were criticized by the former head of the White House, Donald Trump. In his opinion, “within just a couple of weeks,” Biden and his team turned “the most secure border in history” into a ” national disaster.” The 45th president of the United States noted that the new authorities should only support the work of “a well-established system on autopilot.”

Now, according to Trump, the naked eye can see that the White House team is trying to ” carefully hide how bad everything really is.” According to him, “the ill-considered measures of the current administration” create conditions for the commission of crimes against humanity and encourage them.

The day before this comment, on March 21, Biden commented on the situation with the influx of refugees on the southern border of the country. The American leader said that his office is setting up mechanisms that previously allowed ” people to stay in place and present their arguments from their native country.” At the same time, the head of the White House admitted that “at some point” he would visit the border.

Other Republicans expressed dissatisfaction with the actions of the White House. In particular, Congressman Michael McCaul in an interview with ABC News said that the crisis on the southern border, which, in his opinion, is caused by the steps of the new administration, will only worsen. Senator Lindsey Graham expressed the view that Biden’s immigration plan is a failure. The politician stressed that the situation around the influx of illegal immigrants on the southern border should be resolved by Washington.

Recall that after coming to power, Joe Biden made a number of changes in the migration policy of the United States. In particular, the ban on entry to the United States of citizens of several countries (including Syria, Iran, Yemen, Libya and Somalia) with a predominantly Muslim population, which was previously introduced by Donald Trump, was lifted.

Biden also ended the state of emergency because of the situation on the southern border, which allowed funds to be allocated for the construction of the wall, bypassing congressional approval.

In addition, he canceled federal funding for the facility, issued an executive order introducing an eight-year citizenship period for illegal immigrants, and strengthened the Migrant Child Protection Program (DACA).