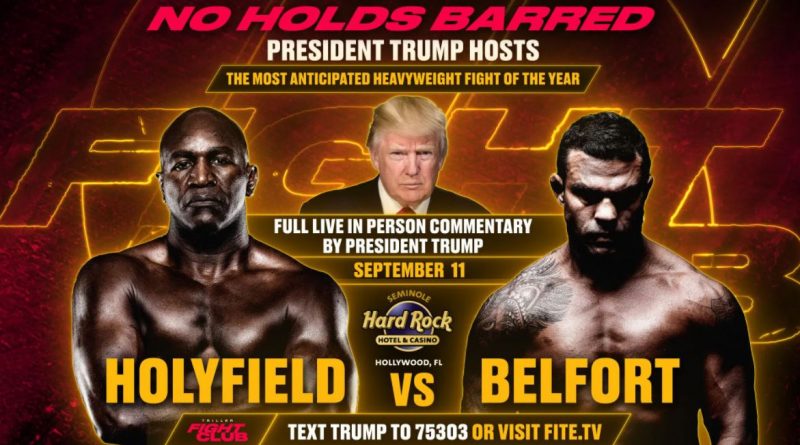 Trump will comment fight Holyfield vs. Belfort on September 11

Former U.S. President Donald Trump has accepted an invitation to become a commentator for the fight between American boxer Evander Holyfield and Brazilian athlete Vitor Belfort, which will take place in Hollywood on September 11. The relevant information was posted Wednesday on the sports blog MMAFighting.com.

According to the portal, owned by the American media company Vox Media, the commentator at this meeting will also be the son of former White House head Donald Trump Jr.

“I love great fighters and great fights,” Trump said. – I look forward to Saturday night when I meet them and share my thoughts at the ring. You can’t miss this special event.”

American Evander Holyfield previously wore the title of outright world heavyweight champion. He is returning to the sport ten years after his career ended. Famous former Brazilian fighter and Absolute Fighting Championship (UFC) champion Vitor Belfort announced the end of his professional career in 2016. This is his second professional fight since making his debut in 2006.