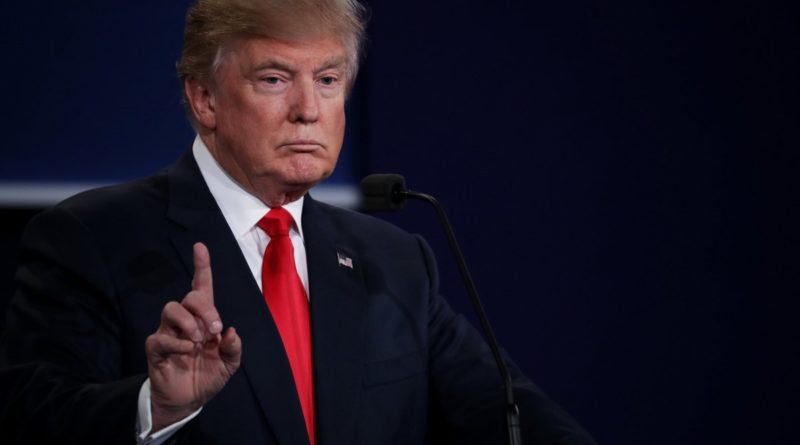 Trump: "Schiff Totally Made Up My Conversation With Ukraine President"

US President Donald Trump said that Adam Schiff, Chairman of the House Intelligence Committee, read out a non-existent version of the conversation with Ukrainian leader Vladimir Zelensky and called him to resign.

“Rep. Adam Schiff fraudulently read to Congress, with millions of people watching, a version of my conversation with the President of Ukraine that doesn’t exist. He was supposedly reading the exact transcribed version of the call, but he completely changed the words to make it sound horrible, and me sound guilty. HE WAS DESPERATE AND HE GOT CAUGHT. Adam Schiff therefore lied to Congress and attempted to defraud the American Public. He has been doing this for two years. I am calling for him to immediately resign from Congress based on this fraud!” Trump wrote on Twitter.

On Wednesday, the White House published a transcript of Trump’s conversation with Ukrainian President Vladimir Zelensky. Earlier media reported that in a conversation with the Ukrainian leader, Trump could ask for an investigation against Hunter Biden, the son of former US Vice President Joe Biden. Biden Sr. leads Democrats in the presidential race and could become Trump’s main oppoent in the 2020 election. The published transcript confirmed that Trump asked Zelensky to investigate the dismissal of the former Prosecutor General of Ukraine and the Biden Jr. case. Democrats claim that the US president requested this in exchange for guarantees of assistance to Ukraine, but there is no direct indication of this in the transcript of the conversation.