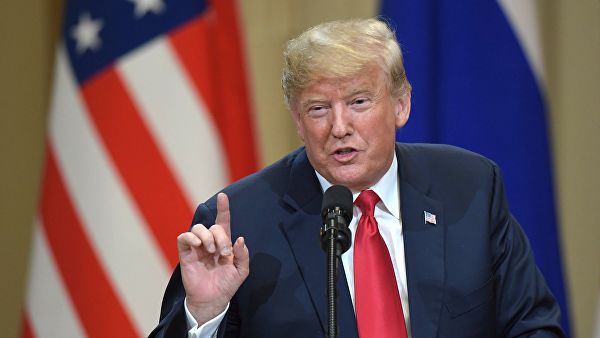 Trump Condemns The Calls Of Supporters To Send Ilkhan Omar

US President Donald Trump said that he was dissatisfied with his supporters, who offered to “send home” a Muslim Congresswoman from Minnesota Ilhan Omar, who immigrated to the US from Somalia as a child and is a well-known critic of the American leader.

On Wednesday at a rally, where Trump spoke, supporters of the president chanted to Omar: “Send her home!”. Trump himself had previously called Omar to come back to this country if she does not like America.

“I was not happy with it. I disagree with it,” Trump told reporters when he was asked to comment on the shouts of his supporters. On the question of why he did not stop them, Trump objected that he stopped because he “began to speak quickly.”