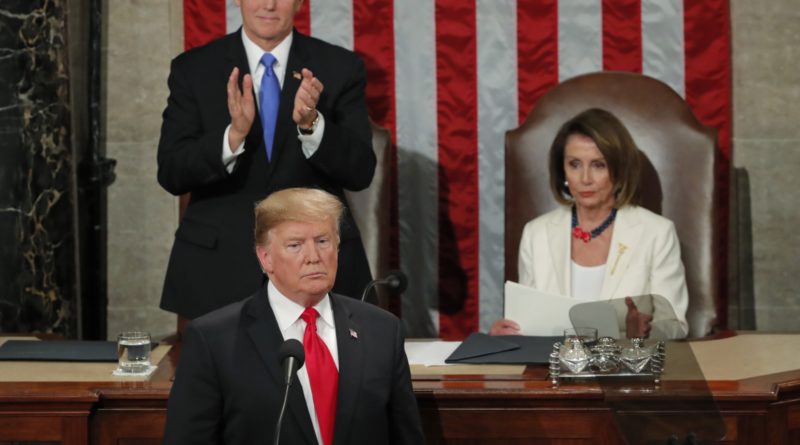 The traditional speech of US President Donald Trump in Congress was marked by several controversial episodes.

On the evening of February 4, Trump addressed the senators and members of the House of Representatives with an annual appealO.

Particularly, long established procedures are followed during this event. Specifically, before the speech, the president passes the text of the speech to the vice president, who is the head of the senate, and the speaker of the house of representatives. This is usually accompanied by a handshake, for example, that is exactly what happened a year ago.

This time, Trump did not depart from tradition and handed the folders with the speech to Vice President Mike Pence and House Speaker Nancy Pelosi. After receiving the folder, Pelosi appeared to reach out for a handshake, but Trump simply turned away and took his place for the speech. The speaker smiled nervously. However, Pelosi’s gesture can also be interpreted as an invitation to take the podium.

After the speech, Trump also did not shake hands with Pence and Pelosi and simply headed for the exit, shaking hands with fellow party members along the way. The speaker at that time tore several sheets of paper from the table where the text of the president’s speech lay.

In addition, the media drew attention to the fact that before the head of state’s speech, the speaker of the House of Representatives usually presents him to Congress with the words: “I am honored to introduce the President of the United States …” However, this time Pelosi restricted to words: «Members of Congress, President of the United States!» After that, the Republicans began to chant: «Four more years!» — referring to the re-election of Trump for a new term.

Pelosi later told reporters that «it was such a dirty speech».