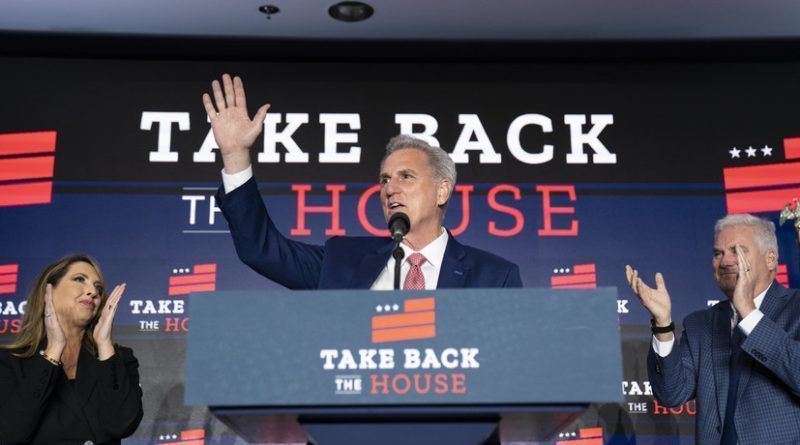 House Republican Leader Kevin McCarthy has suggested that the House is coming back under his party’s control.

“Clearly, we are taking back the House,” he said during a speech in Washington.

For her part, House Speaker Nancy Pelosi said that “the results of Democratic representatives in the House and candidates are confidently exceeding expectations across the country.”

According to CNN, she stressed that the final results are still being tabulated.

On November 8, there were parliamentary elections in the United States. In the lower house of Congress, according to forecasts, the majority will belong to Republicans.