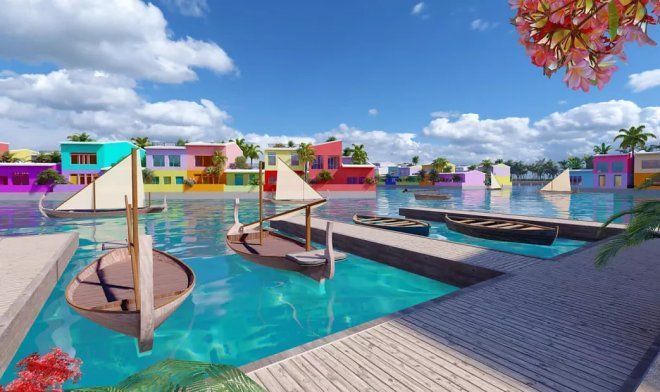 In the Maldives, construction begins on a floating city for 20,000 people

The Republic of Maldives has begun working with developer Dutch Docklands and architectural firm Waterstudio to build a floating city of 20,000 residents. But unlike luxury chalets for wealthy tourists, this project will be a practical solution in the event of rising ocean levels. The Maldives is an archipelago of many atolls, 80% of which are less than one meter above sea level. In the worst case scenario of climate events the entire country could be under water by 2100.

The new floating city will be in 10 minutes of swimming by boat from the capital Male. It will have 5000 floating houses, cafes, schools and stores. It is planned to erect them in the shipyard and then tow them to the site. The blocks will be fixed to prevent them from drifting. 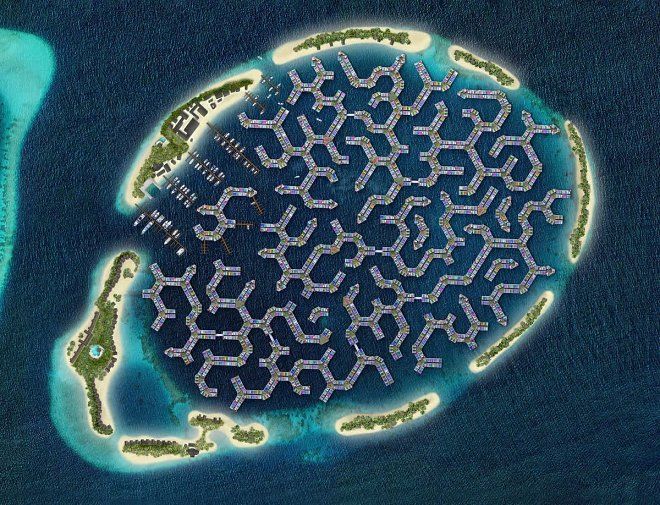 The nearby coral reefs will act as a natural breakwater, minimizing the sensation of rocking. Most of the electricity will come from solar panels. Waste water is planned to be purified and used as fertilizer for plants. Instead of traditional air conditioning, homes and buildings will be cooled with water from the depths of the Indian Ocean.