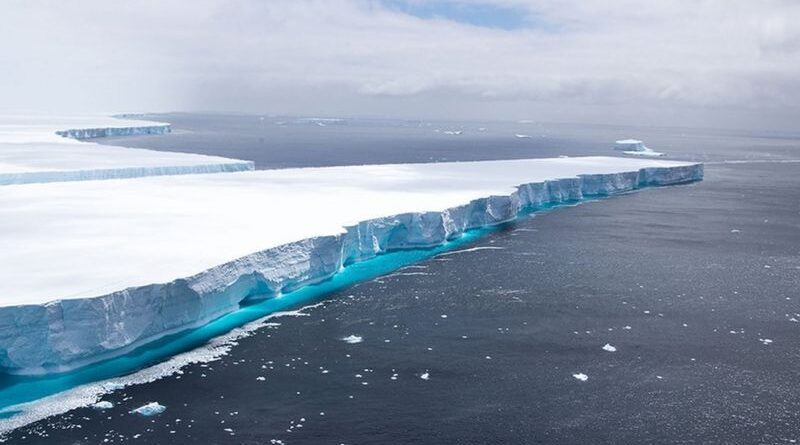 The giant iceberg, whose area was once almost 6 thousand square kilometers, has split again, and it seems that soon little will remain of its former greatness.

As shown by satellite images, the iceberg is now two large and many small fragments, which so far together drift 135 kilometers off the south-eastern coast of South Georgia — the British overseas Territory. And most likely soon the paths of these fragments will part.

For more than three years, the A68a remained the largest iceberg in the world. Depending on the country, its size was estimated at a quarter of Wales, two Moscow suburbs, a whole New Jersey and Israel with more than.

But as the giant moved away from Antarctica, the mild climate and aggressive marine environment of the South Atlantic did their job. 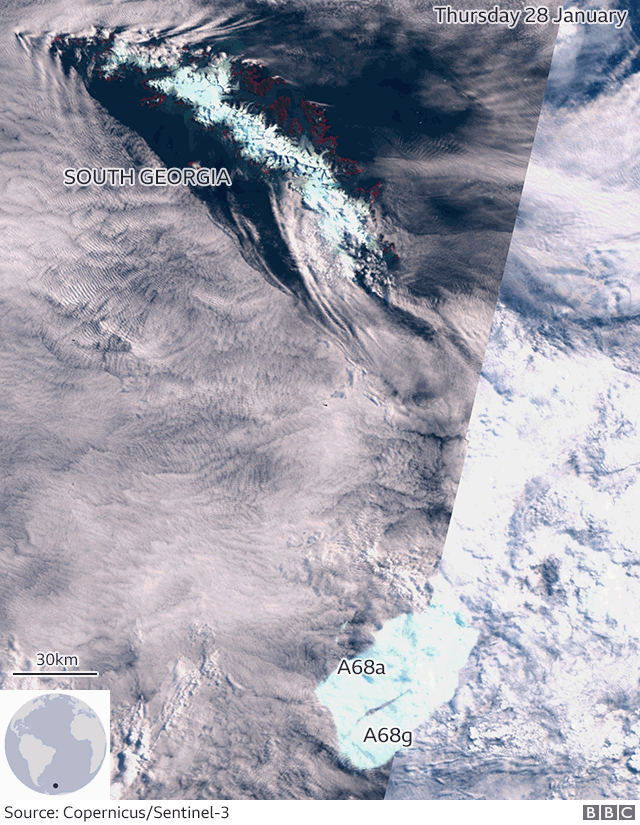 Names in the form of a combination of letters and numbers are assigned to icebergs at the place of their formation and further crushing.

The last split means that the larger chip will retain the name A68a, and the smaller one will be called A68g.

At the end of last year, there were fears that the still-huge A68a, which looked like a pointing finger from space, could lead to a disaster for the South Georgia ecological system if it ran aground near the coast.

The fact is that the ice wall could block access to food for penguins and fur seals that live on the island. However, the iceberg fault most likely ruled out such a scenario.

At the same time, the task of scientists who were going to soon go on the British research ship James Cook from the Falkland Islands to South Georgia to study the iceberg became more complicated.

They hoped to place autonomous probes around the iceberg to find out how the presence of such a mass of ice affects the environment.

The expedition was planned in mid-December, and since then, the object of future research has literally melted away on the glakhz, and now it is not a fact that by the time they arrive, they will have something to study.