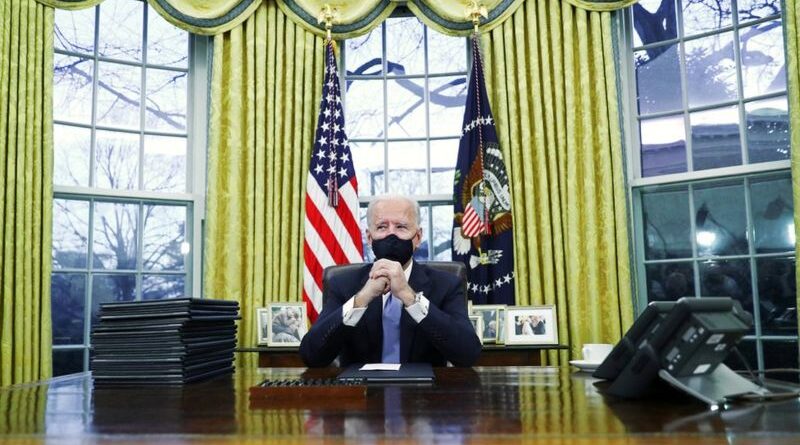 On the first day after taking the oath of office, new US President Joe Biden signed a series of executive orders overturning the decisions of his predecessor Donald Trump, as well as introducing new measures to combat the coronavirus pandemic.

Biden canceled Trump’s executive order banning entry to the United States from several predominantly Muslim countries and suspended construction of a wall on the border with Mexico, which under Trump was built around the clock until the last day.

Even during the election campaign, the Democrat promised to restore the country’s membership in the Paris Agreement on climate Change, which Trump announced in 2017 with the words «I was elected to represent the citizens of Pittsburgh, not Paris.»

In reality, the exit process ended the morning after the presidential election — on November 4. Biden, who won the election, immediately reversed the process.

Biden suspended the process of withdrawing from the World Health Organization initiated by his predecessor and made the wearing of masks and physical distancing measures mandatory in all federal institutions and for government employees.

A spokeswoman for the new president, Jen Psaki, said Biden would continue issuing executive orders at the same pace in the coming days.

In particular, we should expect the lifting of the ban imposed by Trump on the recruitment of transgender people into the armed forces and the ban on financial assistance to foreign organizations that promote abortion.

After taking the oath of office this afternoon, I got right to work taking action to: