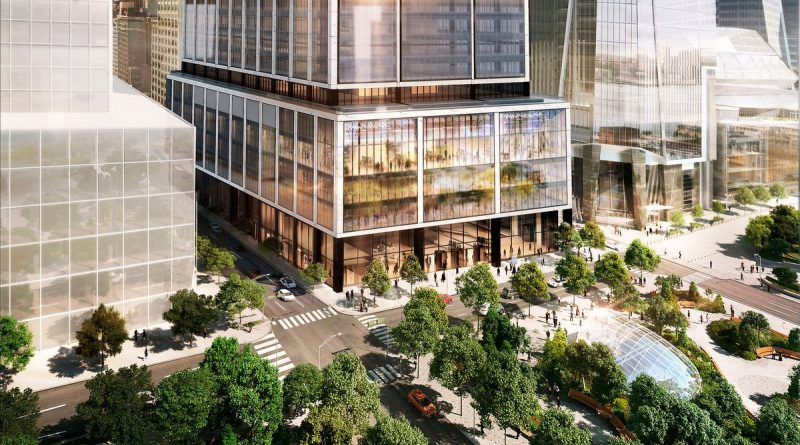 Skyscrapers are the calling card of New York City. They are among its most famous landmarks – the Empire State Building, the Woolworth Building, the Chrysler Building, World Trade Center 1, and others. Today, however, the new 308-meter-tall skyscraper in Manhattan tops the list of megastructures, covering an area that could have housed an entire city block.

The building was erected as part of Foster+Partners’ $4 billion project, 50 Hudson Yards. Its interior is spread over 78 floors on an area of 280000 square meters. According to the architects’ concept, the giant skyscraper is represented by three stacked rectangular blocks with white stone finishing and a glass facade.

It fits in perfectly with the urban development of New York City, complementing the surrounding skyscrapers of Manhattan. Almost 90,000 cubic meters of concrete, more than 11,000 glass panels and 27,000 tons of structural steel were used to build it.

The authors of the project dispensed with columns, which provided additional space and internal plasticity. Among the tenants of the premises are well-known companies such as Facebook Meta, McDonald’s, BlackRock and others who will have separate elevators at their disposal. On the lower floors are restaurants, shopping centers and stores. Decorating the lobby was a huge staircase and hanging on the walls of the artist Frank Stella’s creations. 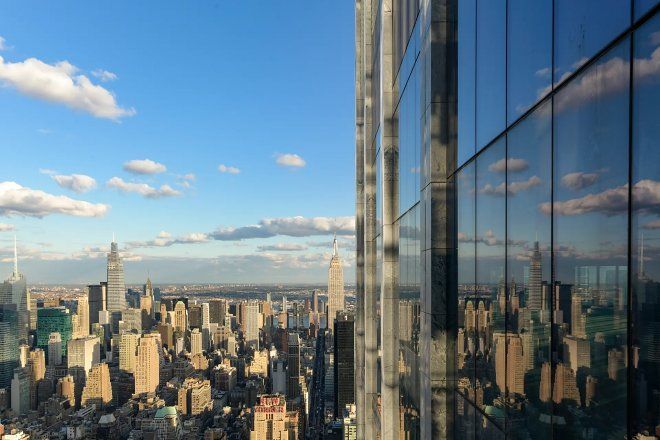