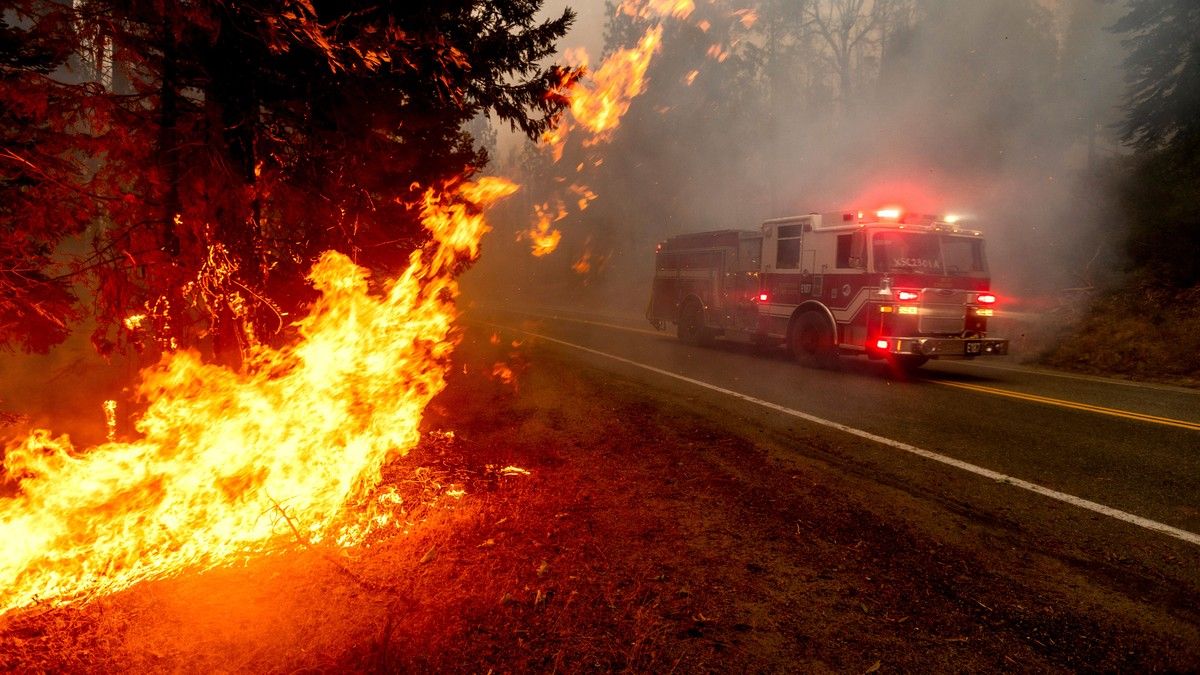 Scientists have found that an increase in wildfires in California and other western regions of the United States has led to a sharp increase in concentrations of carbon monoxide and other hazardous compounds in the air during the summer in all regions of North America. The National Center for Atmospheric Research (NCAR) press office said.

“Smoke volumes from wildfires have increased so much that they have begun to affect seasonal variations in air quality across North America. This resulted in a characteristic spike in air toxin concentrations in August that had not existed in the past,” said NCAR researcher Rebecca Buchholz.

One of the most dangerous consequences of global warming is that the frequency and magnitude of wildfires is thought to have increased markedly in recent years. Last year alone, wildfires in California consumed more than 2.6 million hectares of forest, or 6.1 percent of the state. The total level of economic damage exceeded $12 billion, and several dozen state residents died as a result of the fires.

Buchholz and her colleagues studied for the first time how the dramatic increase in wildfires in the western United States over the past 10 years has affected air quality. To do so, the scientists tracked how the concentration of carbon monoxide, one of the main products of mass forest burning, was changing in the air over the western U.S. states, as well as over other regions of the continent, using NASA satellites.

Overall, the researchers note, global carbon monoxide concentrations have gradually fallen over the past two decades, decreasing by about 0.5 percent each year. In contrast, over the past 10 years, its concentrations in the air in California and other western U.S. regions have begun to rise markedly in August and during other summer and spring months when wildfires peak.

Similar but less significant spikes were recorded by researchers in various cities and regions on the opposite side of the U.S., as well as in the southern provinces of Canada. The proportion of potentially toxic aerosols in the air across North America varied similarly. It increased sharply in June and September, during the peak of the wildfires.

Similar trends, the scientists say, are absent from data collected by U.S. environmental and ecological agencies in the first decade of the 21st century and in previous historical eras. According to Buchholz and her colleagues, this suggests that wildfires in the western United States have begun to significantly affect the ecology and air quality of the continent as a whole.

The scientists suggest that the problem could become even more acute in the future, as wildfire frequency will continue to increase rapidly in the coming decades as a result of decreasing precipitation levels and rapidly rising summer and spring temperatures in the western United States. This suggests the need to develop new measures to combat this form of natural disaster as soon as possible, the researchers concluded.