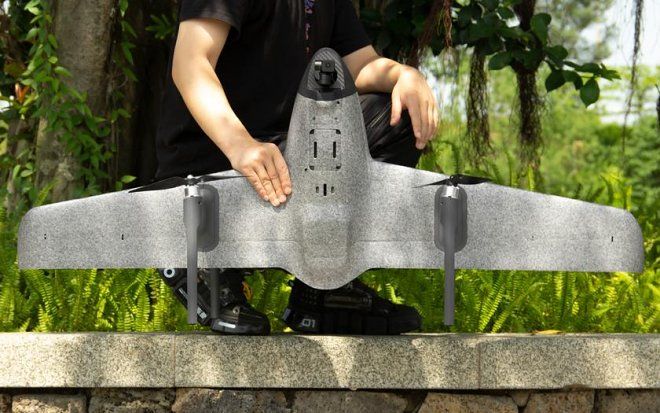 VTOL (vertical take-off and landing) class aircrafts have become the most popular version of air cab implementation. But the technology is also quite suitable for conventional consumer drones. Hong Kong-based startup HEQ is offering its version of the VTOL drone, the Swan Voyageur, which is already available on Kickstarter for $1,300.

Equipped with four main engines and tail fins, it takes off and lands like a helicopter. Once it’s at the right altitude, it goes horizontal, using fixed wings – but at a higher speed than a normal quadcopter.

To take pictures, a camera is mounted on the hanger, broadcasting and recording 1080p video at a range of up to 8 km in 4K 30 frames/second.

According to the HEQ, the charge of the lithium-polymer battery of 5,500 mA⋅h is enough for one hour of operation at a maximum speed of 90 km/h. If the advertising campaign is successful and the Swan Voyageur goes into mass production, the retail price will rise to $1,600.