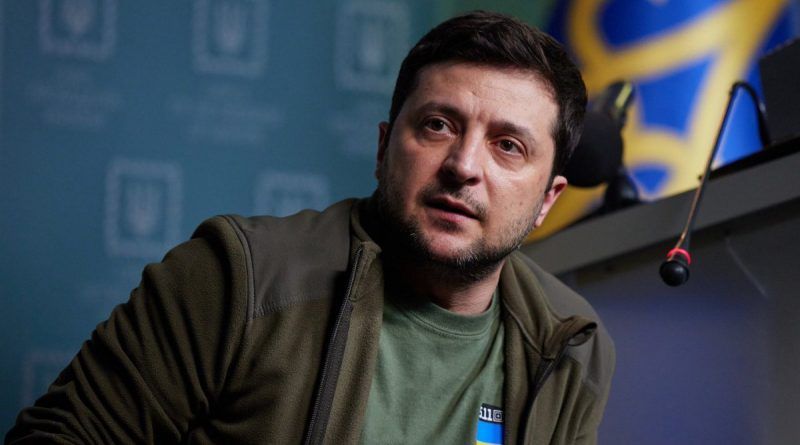 Ukrainian President Vladimir Zelensky will make a virtual address to Congress. This was announced by Senate Democratic Majority Leader Chuck Schumer and House Speaker Nancy Pelosi in a joint letter to lawmakers. They emphasize the importance of Congressional support for Ukraine and the provision of all kinds of assistance to the country: security, economic and humanitarian.

Congress remains unwavering in its commitment to support Ukraine, which has been subjected to Putin’s brutal and diabolical aggression, and to take measures that will damage and isolate the Russian economy. Zelensky is seeking additional help from Western countries; in doing so, he is using the form of video messages. He is scheduled to address Congress at 9 a.m. Wednesday.

On Tuesday, he will address the Canadian Parliament; Zelensky’s immediate plans include an appearance before the Israeli Knesset. The president of Ukraine has already communicated with U.S. lawmakers on March 5, when more than 280 members of the Senate and House of Representatives participated in a video call. At that time, Zelensky, “desperately asked” for airplanes to fight the Russian occupiers.

Last Thursday, Congress approved $13.6 billion in aid to Ukraine, as part of a $1.5 trillion government spending bill that would determine U.S. government funding through Sept. 30.

Following the Russian invasion of Ukraine on Feb. 24, the U.S., along with its allies, imposed a wide range of sanctions against Russia. These sanctions are being supplemented. Last Friday, for example, President Joe Biden announced that the U.S. would seek to end trade relations with Russia. He also announced a ban on imports into the United States of Russian seafood, vodka and diamonds, and a ban on imports into Russia of luxury goods from the United States. Last Friday’s personal sanctions included top VTB Bank and Rossiya Bank officials, 12 State Duma deputies and members of the family of Dmitry Peskov, Putin’s press secretary.

On the same day, in a phone conversation with Biden, Zelensky listed a number of additional measures that could help cut Russia off from international trade. President Biden stressed that he speaks with the Ukrainian president “almost daily” and that “the United States supports Ukrainians who are fighting bravely to defend their country, and they are succeeding.