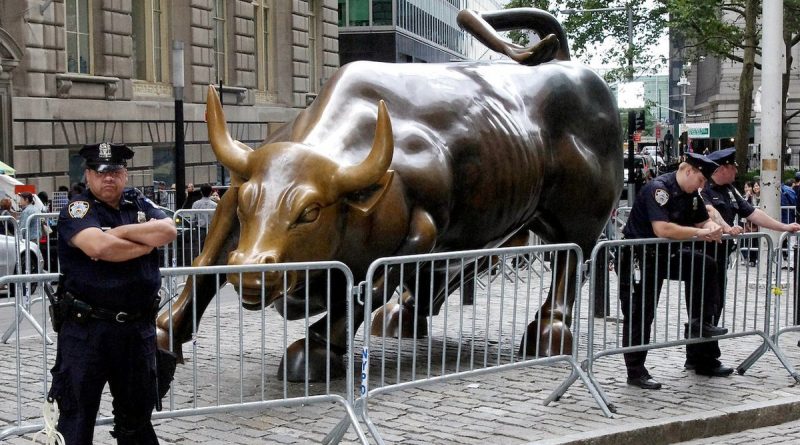 NYPD is looking for a vandal who drew a swastika on the famous “Attacking Bull” statue on Wall Street, the city’s main financial street.

The Nazi sign was painted on the statue on Tuesday, the day before a swastika image appeared on the City Hall. According to law enforcement officials, it was done by the same person. Police have published surveillance footage and are looking for the perpetrator. It is reported that the alleged attacker is a man dressed in a gray poncho and limping as he walks.

The 3.4-meter-high, 4.9-meter-long bronze statue of the Attacking Bull was created by Italian sculptor Arturo Di Modica and erected in 1989 in front of the New York Stock Exchange as a symbol of rebirth after the 1987 stock market crisis. The statue did not stay in its original place for long – its installation was the personal initiative of its author, who did not coordinate his actions with the city administration, which is why the police soon removed the bull from the street. However, it provoked public protests, as the statue was liked by many city residents, and eventually the authorities approved the installation of the bull. The sculpture was placed in the same neighborhood, Bowling Green Square next door to Wall Street. Very quickly the “Attacking Bull” became one of the main attractions of the largest U.S. city, not inferior in popularity to such a symbol of New York as the Statue of Liberty.