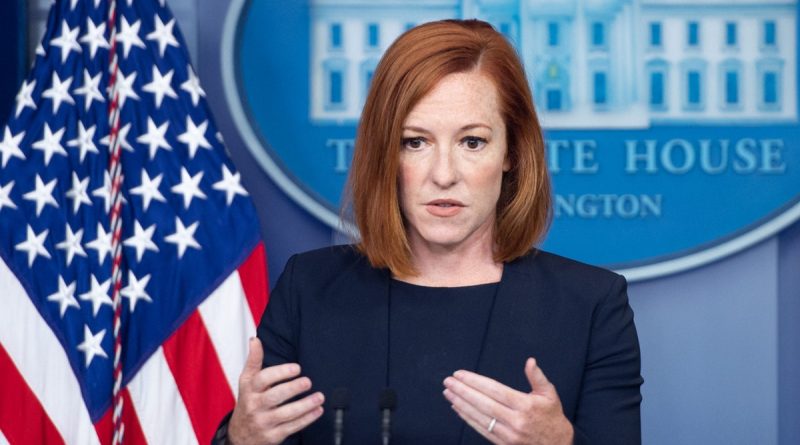 U.S. won't give up selling oil from reserves after price drop due to Omicron strain

The U.S. administration is not currently reconsidering its decision to tap oil from the country’s strategic reserve, despite a drop in prices caused by the spread of a new omicron coronavirus strain. White House press secretary Jen Psaki said this at a regular briefing for reporters Monday.

“We’re not reviewing, no,” she said in response to a related question.

She was also asked whether she was worried in Washington about the lack of a clear understanding of what China’s oil reserve policy would be. “We always encourage any country in the world, including China, to be as transparent as possible about their policy moves, but I have nothing to add today about any concern on our part,” Psaki responded.

The sharp fall in oil prices was seen in the past few days amid news of the discovery of a new strain of coronavirus in several countries in southern Africa and the detection of the first cases of infection in Europe.

November 23 the White House announced the decision of U.S. President Joe Biden to release 50 million barrels of oil from the strategic reserves. As noted in Washington, this is done in order to reduce fuel prices for Americans and stabilize supply and demand in the global market after the pandemic. U.S. authorities said that a number of other countries, including Britain, China, India, South Korea and Japan, would take a similar step.

U.S. authorities remain focused on reaching agreements for a mutual return to full compliance with commitments under the Joint Comprehensive Plan of Action (JCPOA) on Iran’s nuclear program, Psaki said.

She stressed that in the situation of the Iran nuclear deal, Washington continues to see “diplomacy as the best approach.” “This is the preferred approach. I’m not going to give a timeline as to when this will end. Our goal hasn’t changed. It remains a mutual return to full compliance with the JCPOA. That’s the best option available to limit Iran’s nuclear program,” Psaki continued.

On Monday, a Joint Commission of Iran and the five international mediators (Russia, Britain, Germany, China and France) met in Vienna for the first time since June to restore the JCPOA. A working group on lifting sanctions is scheduled to meet on Tuesday.

Six rounds of talks were held in Vienna from April to June 2021 with the participation of all JCPOA member states (Iran, Russia, Britain, Germany, China, France), as well as the United States, on the problem of restoring the Iranian nuclear agreement to its original form, as well as the return of the United States to the deal. The sides took a break at the end of June, which was delayed by Iranian presidential elections and the formation of a new Iranian government.

The six-month talks in Vienna have claimed significant progress, but participants have so far failed to achieve their main goal: a return to the JCPOA in its original form. Over the past six rounds, it has been possible to determine which U.S. sanctions on Iran should be lifted, and a list of nuclear-related steps that Iran should take to return to its nuclear commitments has almost been agreed upon.