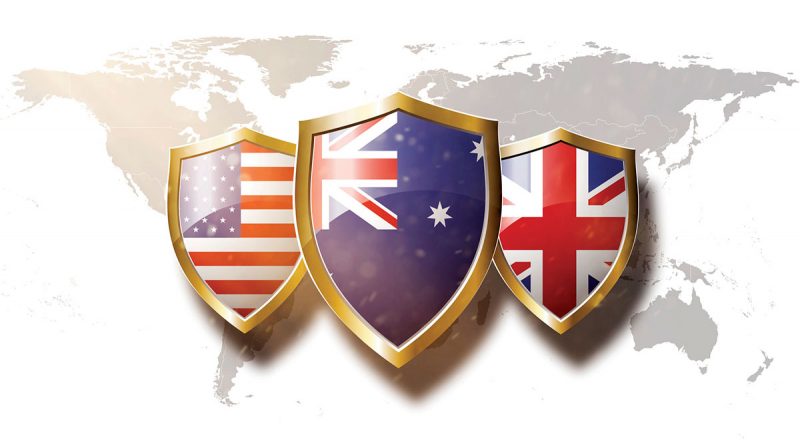 Australia, Britain and the United States on Monday signed the first agreement in the new AUKUS triple security alliance to share information on naval nuclear power installations. The document was signed in Canberra by Australian Defense Minister Peter Dutton and the U.S. and British ambassadors, AFP reported.

“The agreement with the U.S. and Britain to exchange information on naval nuclear propulsion systems will allow Australia to become a reliable and responsible partner of these countries in the use of the latest technology,” the Australian defense chief said.

White House Chief of Staff Joe Biden endorsed the agreement Friday. He stressed that its implementation “will not pose an unreasonable risk to the collective defense and security” of the three countries.

Australia, Britain and the United States announced the creation of AUKUS on Sept. 15. The agreements they worked out include plans for Australia to build at least eight nuclear-powered conventional submarines with American technology and to re-equip its armed forces with American cruise missiles. There are currently no nuclear submarines in service in Australia. Given the new pact, Canberra broke the largest contract in its history with Paris to supply 12 submarines worth more than 50 billion euros, saying it was no longer in the country’s national interest.

Russian President Vladimir Putin said in an interview with CNBC in mid-October that the creation of AUKUS undermined regional stability. China reacted extremely negatively to the plans to create the new alliance. Chinese Foreign Minister Wang Yi expressed the view in late September that these trilateral arrangements posed a hidden threat to global stability.

Speaking at a seminar in Washington in late October, Rafael Grossi, director general of the International Atomic Energy Agency, noted that the IAEA “does not have complete clarity about the technological model that will be used within AUKUS. He confirmed that the agency has begun inspections because of Australia’s plans to build a nuclear submarine fleet. Grossi did not rule out that the realization of these plans would set a precedent for other non-nuclear weapon states.